Wife Ginni Chatrath stood as a ‘pillar’ in the difficult days of Kapil Sharma, Comedy King said – good to the paper people 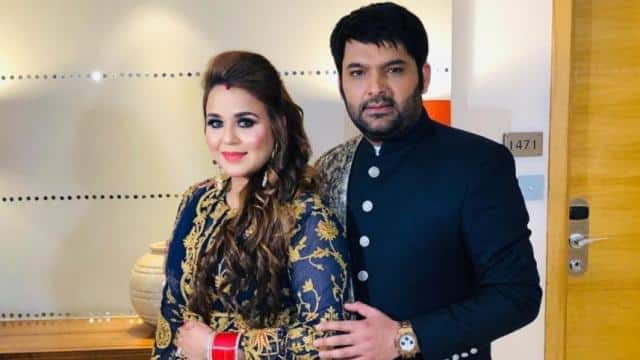 His journey from Kapil Sharma to the king of comedy was not easy but full of difficulties. But he was determined that no matter what happens, he will never stop chasing his dreams under any circumstances. And like Kapil Sharma also saw a lot of ups and downs in his life and there came a time when he slowly went into depression. He himself did not know about it. However, in these difficult situations, his wife Ginni Chatrath became his biggest support. This has been revealed by Comedy King himself. Not only this, he has described his wife as the ‘pillar’ of his career.

During Fever FM’s ‘Bounce Back Bharat Fest’, Kapil Sharma answered questions related to his personal and professional life and told how his wife Ginni stood by him like a ‘pillar’ during his difficult days and he knew that what is happening to them. He said that he realized what had happened to him when the media started saying that he was depressed.

Depression is a difficult time

Kapil further says that the time of depression is very difficult because in those days your negative waves dominate so much. There is no expectation that anything good is going to happen or will happen in your life. You don’t think anything good will happen or that a good day will come. They say that do not know which chemical goes out in your brain that does not allow you to think positive. While praising his wife Ginni, Kapil says that in those difficult days, my family gave me strength, especially my wife Ginni. She knew everything about what was happening in my life.

Credit given to wife for TV comeback

Giving the credit for his TV comeback to his wife, Kapil reveals that it was Ginni who inspired him to get back to work. She stood by me like a strong pillar. He is a big force for me in my life. He told me that the public loved me and that I should go back to work. Restart your show, you’ll love it.

Mother did not know about Kapil’s depression

Kapil further said, ‘My mother did not know anything about mental illnesses and depression, she is a domestic lady. Not only him, I also didn’t know much about it. Good luck to the paper people who wrote ‘Kapil Sharma became a victim of depression’. That’s when I realized what had happened to me.