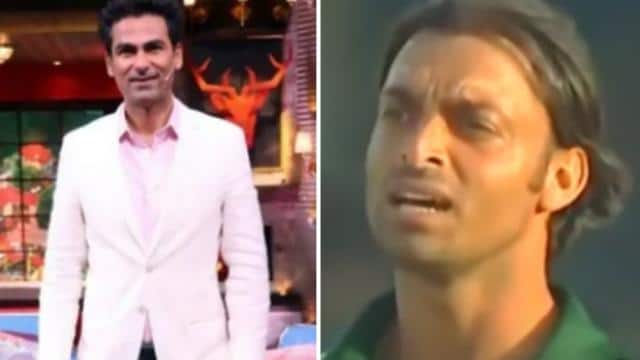 Cricketers Mohammad Kaif and Virender Sehwag were guests on Kapil Sharma’s show. Many funny tales of his episodes are coming out. On the show, Mohammad Kaif told how once he intentionally insulted cricketer Shoaib Akhtar. Even before this, the clip of the show had gone viral, on which Kapil Sharma found his old social media posts and brought them.

The Kapil Sharma Show cricketers Mohammad Kaif and Virender Sehwag had a lot of fun. In the episode, host Kapil Sharma recalled an old incident in which Shoaib Akhtar was taking a long runup and Kaif went ahead instead of playing on the back foot. Because of this Shoaib could not bowl. He was a bit upset too.

Said – I had to insult him

Kaif said on this, I had to insult him a little. Because he is a famous bowler, his run-up is so long. Sehwag hit a lot of sixes, we got less chance to play. When he came, I also went for a walk. Bowling he did not stop the curry.

Kaif says, I will go ahead, this guy will stop, will not bowl at all. That was my plan, it was successful that I insult him a bit by going to Pakistan. In another promo of the show, Kapil Sharma showed an old photo of Aishwarya with Mohammad Kaif. Follower had funny comments on this photo. Kapil read out the comment of a follower on which Kaif was blushing.

Share
Facebook
Twitter
WhatsApp
Previous articleRiddhima Kapoor Sahni did this way to wish Ranbir Kapoor a birthday, Alia Bhatt was seen together in the family photo
Next articleRandhir Kapoor said such a thing in front of daughter on ‘romantic scene’, Karisma Kapoor was shocked to hear
RELATED ARTICLES
Entertainment