Warina Hussain, born in Afghanistan, expressed her pain, said- ‘It was difficult to go there at night.. found love in India’ 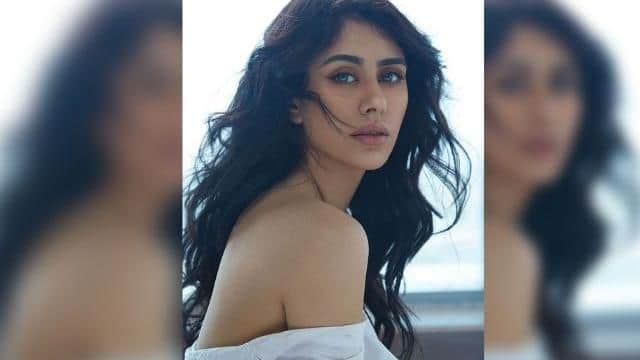 There is an atmosphere of concern around the world after the Taliban occupation of Afghanistan. The common citizens there are forced to leave the country. Justice is being demanded for the Afghan people. Bollywood actress Warina Hussain, who worked in Salman Khan’s film, was born in Afghanistan. He expressed concern over the deteriorating situation there.

His family left the country and moved to Uzbekistan when the situation in Afghanistan worsened 20 years ago. Warina Hussain came to India 10 years ago and made her home here. Warina, who made her Bollywood debut with the film ‘Loveyatri’, said in an interview that after the Taliban capture, she can understand why people are trying to leave Kabul. Warina’s family lives in America although she chose to work in Mumbai.

Talking to Times of India, Warina says that ‘my life is also like those who are grappling with the consequences of migration from a war-torn country. In search of a better life, my family started searching from one country to another. Eventually we arrived in India, a generous and loving country that welcomed us and made it our home. Like people fighting for survival, I too started working at an early age. I didn’t know that I would become a Bollywood actress one day. Salman sir launched me after many years of struggle.

‘I have lived in Afghanistan where I have enjoyed picnics with my family and there was the smell of freedom. Even then, because of the influence of the Taliban, there were a lot of rules. Like a girl couldn’t go out alone at night. Many a times we could not go out alone at night to take our mother’s medicine. It was the result of many years of war.

rights given to afghan people

‘If we really want a peaceful Afghanistan, we must go back to the days of our grandmothers and their forefathers, when Kabul was known for its fashion, art, culture, tourism, trade and freedom. Speaking of leadership, the time has come for the people of Afghanistan to have the basic freedom to choose their leader.

Talking about the women of Afghanistan, Warina says that ‘I am afraid that the progress that has been made in all these years will disappear. After years of fighting, the rights which have been given to women will be lost and they will be once again as second class citizens who will not get basic rights.

Share
Facebook
Twitter
WhatsApp
Previous articleThalaivii: Kangana Ranaut changed the spelling of ‘Thalaivi’, know when and where the film will be released
Next articleFan asked for one crore by tweeting from Sonu Sood, the actor replied in a funny way
RELATED ARTICLES
Entertainment