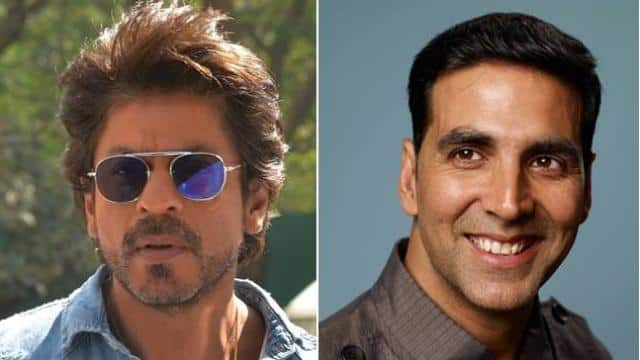 Bollywood actor Shah Rukh Khan has a very strong fan following. Shahrukh often keeps the heart of his fans, although once this happened, Shahrukh Khan gave autograph to a fan by becoming Akshay Kumar. This story was told by Shahrukh Khan himself.

Video of Yaron Ki Baraat
An old clip of Bollywood director Sajid Nadiadwala and actor Riteish Deshmukh’s show ‘Yaaron Ki Baaraat’ is going viral on social media. Shahrukh Khan and Anushka Sharma are seen as guests in this video. In the video, Shahrukh is telling the story of how he once gave autograph to a female fan as Akshay Kumar.

Shahrukh told the story
In the show, Shahrukh Khan told how once he was at the airport and his flight was about to be missed. During this, a female fan was insisting on her autograph. Shahrukh Khan checked in while running. After this he came to that female fan and gave autograph. After the autograph, the female fan said – Akshay, I love you.

Shahrukh kept his heart
Actually, the female fan had mistook Shahrukh Khan as Akshay Kumar. At the same time, Shahrukh further told in the show that he had also given autograph in the name of Akshay Kumar, not as Shahrukh Khan but to keep the heart of the fan. This throwback clip of Shahrukh Khan is becoming increasingly viral on social media.

comeback from pathan
Significantly, Shahrukh Khan was last seen in the film Zero in the year 2018. The film was directed by Aanand L Rai. After this Shahrukh has not appeared in any film till now. However, Shahrukh will soon be seen in Siddharth Anand’s film Pathan. Deepika Padukone and John Abraham will be seen in the film.

Share
Facebook
Twitter
WhatsApp
Previous articleNusrat Jahan gave birth to a son, husband Nikhil Jain said – differences with him give me the child…
Next articleKangana Ranaut was impressed after seeing ‘Sher Shah’ made in Karan Johar production, said – what a tribute to pay
RELATED ARTICLES
Entertainment