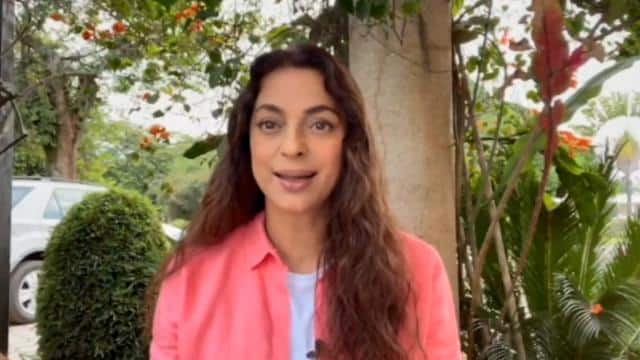 Actress Juhi Chawla had approached the court against 5G. He questioned about the health hazards caused by 5G network technology. His petition was rejected by the Delhi High Court. Juhi Chawla faced criticism in this case. Now he has posted a long video on this and has given his side. Juhi Chawla told through the video that it was not a publicity stunt. He gave many reasons behind this. In the 14 minute 50 second video, Juhi says that ‘When we went to the Delhi High Court, our demand was to certify that it is safe for men, women, children, animals and birds, among others.’

Juhi further says that ‘In 2010, suddenly one day in front of my house, I saw from the balcony that there are 14 towers at a distance of about 30 meters. Till then I didn’t know what it was. Someone told me that this is a mobile tower. At that time we thought that let us check how safe the place where we are living is from radiation.

Radiation was up to dangerous level

Juhi says that ‘with great difficulty we got an agency that reached our house to investigate the radiation. He showed me that his meter had the maximum radiation level. He told in his report that such radiation can be dangerous for a long time. This can lead to problems like insomnia, loss of memory, headache, loss of concentration, fluctuating blood pressure levels.

Further Juhi says that ‘In 2020, the news of 5G started coming. Every company will fill it with radiation all around in order to provide faster network. In such a situation, if we raised the question for the safety of women, children, future generations, elders, animals and birds, then what do you think we did wrong? Juhi wrote in the caption with her video- ‘It was about time. I will let you decide whether it was a publicity stunt.

Let us tell you that in June this year, the Delhi High Court had rejected his petition. While imposing a fine of Rs 20 lakh, the court had made a strong observation and said that the suit appears to be ‘for publicity’.