VIDEO: Cockroach and spider were seen crawling on Mira Rajput’s face, son Jain’s reaction was like this 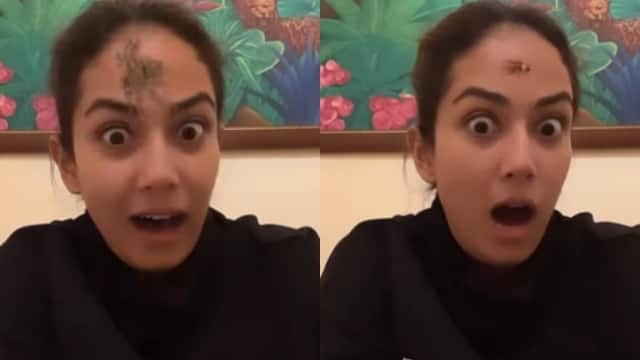 Shahid Kapoor’s wife Mira Rajput is a social media star. He has millions of followers on Instagram. Meera is also very active and keeps sharing pictures and videos. On the occasion of Children’s Day on November 14, Mira Rajput uploaded a funny video. However, his son Zain Kapoor did not like it. In the video, insects were seen crawling on Mira Rajput’s face.

Actually Mira Rajput used the filter on Instagram, due to which first cockroach appeared on her face then spider crawled on her face. In the video, Meera makes a strange face.

what did the son say

He wrote in the caption- ‘Children’s joke on Happy Children’s Day. My son told me I was troubling him and it didn’t sound funny at all. I thought I was equal to dad joke in this regard.

On this video of Meera, a user wrote – ‘You should invite Rohit Shetty to your show.’ One user said- ‘Good trick for children’.

Let us tell you that Mira and Shahid tied the knot in the year 2015. The two met at a common friend’s farmhouse in Delhi. Family and close friends attended Mira and Shahid’s wedding. He later gave a grand reception in Mumbai. The couple has a daughter Misha and a son Zain.