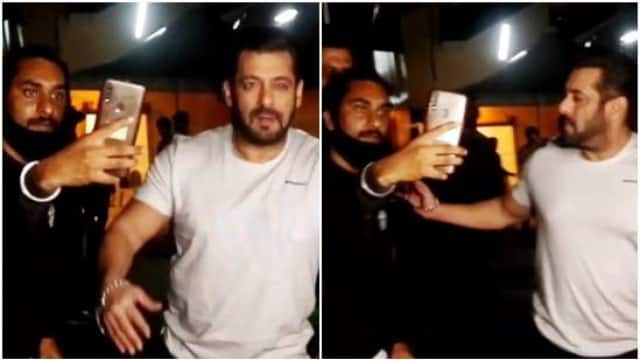 Bollywood’s Dabangg actor Salman Khan not only onscreen but also offscreen always takes care of his fans. But sometimes there are some fans who are of very strange types. Meanwhile, Viral Bhiyani has shared a video, in which Salman Khan is seen with one such fan.

Salman got fan
Actually Viral has shared a video on Instagram. In the video, Salman Khan is posing for the paparazzi. Just then a fan comes and tries to take selfie with Salman. On this, Salman says that the photo is being clicked in front, but that Atrangi fan does not understand anything and remains busy in his own tune. After this, another person takes that fan away from Bhaijaan. This funny video is becoming very viral on social media.

salman movies
Talking about Salman Khan’s upcoming films, Kick 2 and Tiger 3 are also included in his account along with ‘Anti The Final Truth’. On the other hand, Salman will also be seen in Bhaijaan, whose earlier name was Kabhi Eid Kabhi Diwali. Along with this, Salman Khan is also hosting Bigg Boss 15 these days.