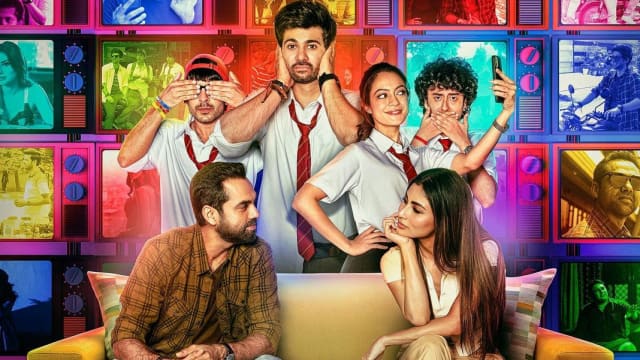 Karan Deol, son of Bollywood’s strong actor Sunny Deol, will soon be seen in the film ‘Velle’. The trailer of Vele has been released, which is being liked by the fans. While a lot of comedy is being seen in the trailer, on the other hand, the fans have become excited after seeing Abhay Deol and Mouni Roy.

What is the story of Welle
Actually Vele is the story of some students who are very good friends. There is a girl’s entry in the group of these three friends and then the real dhamaal starts. To teach a lesson to the girl’s father, these three plan to kidnap the girl with her consent, but something goes wrong. After which the twist comes in the story.

Fans got excited seeing Mouni
Fans are very fond of this trailer. At the same time, many fans are commenting on Karan Deol’s social media post that Karan is looking like his father Sunny Deol. Seeing Karan, the fans have remembered the initial times of Sunny Deol. Along with this, the appearance of Mouni Roy has also increased the excitement of the fans.

Welle to release on December 10
Karan Deol and Abhay Deol’s film ‘Velle’ is produced by Ajay Devgn and directed by Deven Munjal. Let us tell you that this is Munjal’s first film as a director. Vale will release on 10 December 2021. Remind that Karan Deol started his Bollywood career in the year 2019 with the film ‘Pal Pal Dil Ke Paas’, so this is his second film.