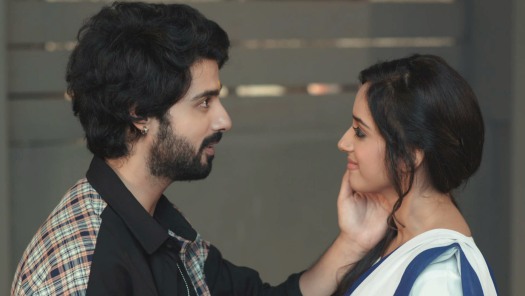 The 12th November 2021 episode of Yeh Hai Chahatein begins where Param makes a call to Rudra and asks did he look Vidhi because she is not there and must have come to meet Saransh. Rudra makes him console by saying that there is no need to worry he will come and find her. Then he asks Saransh about Vidhi but he replies that she did not come here, hence, his worries increase because she does not know even his address. But Saransh consoles him that he gave his address but despite this, Rudra asks him to come and find Vidhi.

After a while, Rudra, Saransh reach Param’s residence along with Mishka and inform him that they have searched the entire house but no information came about her. Meanwhile, she asks him to find one more time in his house because she could hide, at the same time, Saransh says that they should find her in her room near the cupboard because he saw her almost every time there. As soon as they come to her room they get a sound of her where she is mentioning that no one loves her besides her parents, everyone lies to her as well.

Meanwhile, Mishka hugs her and tries to console her by saying that she does not need to worry unless they are with her. At the same time, assures her as well that whoever she will need her she can make her call. On the other side, Preesha also enters and sees that her family is sketching on the wall, spontaneously she sees that her brother is about to get wake up, but GPS stops her and brings her out as well. She asks why he did not make his family familiar that he is alive, he replies that he does not want to see them live peacefully.

On another side, he mentions that Venky was a bright student and retrieves the principal call to him and informs him that his son has been caught molesting a girl. Venky tries to give his testimony that he did not do anything bad or inappropriate, but the principal is not ready to consider him. By saying that a girl can not molest any boy and therefore he restricates Venky from the college by saying that he does not have a right to come and study here. Venky gets depressed enough and stops eating the food because all those stuff is going on i his mind.