Will Rani Persuade Veer To Talk? 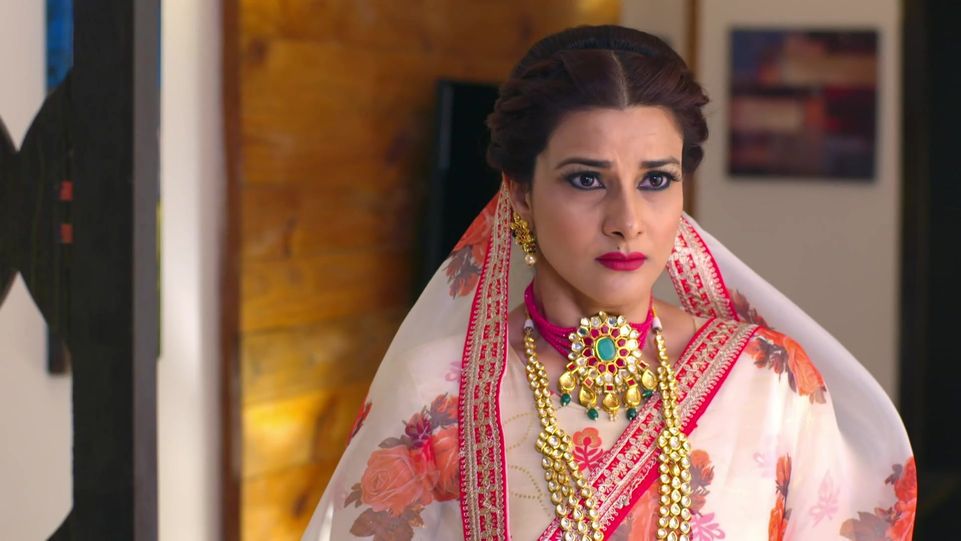 
The latest episode starts with, Ranvijay in Rani’s room checking her drawers, Rani gets shocked seeing this, as he gets to know that Rani is standing behind he pretends to faint, Rani rushes to him and asks if he is fine, he says that he was looking for his medicines. Rani says, Veer has his medicines, she makes him sit and goes to get his medicines, she gets back and gives him water. Rani asks him if he is fine, he replies yes… she says him to sit while she makes a call to Veer, he stops her making call saying he is okay now and just need some rest, she says him to let her take him to his room, while he says that he can go itself. Ranvijay thinks that she almost caught him and from now he has to be very carefull.

There Rajeshwari sits upset, while Rani goes from there and stops seeing her thinking that she can’t see her like this. Rani thinks that she has to talk to Veer because it is now height of avoiding her mom. He goes to Veer and sees some of his old trophies and toys, Veer gets so happy seeing them, he asks her where did she get these. She replies that she finds it in Rani Sa’s safe and it is showing that how much she loves him because she would not then why did she keep it safe and hide.

He says that he doesn’t know why she kept it all safe, Rani replies because she loves him. He says that if she really loves him then where was she when he needed her love so much. He then says that she never accepted him as his son because he was an orphan. She tells him that there is nothing like this, he says, then why she always shoved him away. He says that she was always this way. She says that he does not know the real reason behind her sadness and hate for him.

Veer says that she used to be angry at him all the time saying Digvijay to take him away from her eyes. Rani says but despite this, she always wanted to see him in front of her eyes and gets uneasy when he goes somewhere. Rani says after all she loves you madly and she used to repent at her anger and today still she is guilty for whatever she has done. Veer thinks about this. To know what happened next watch the episode tonight and get back here tomorrow to read more written updates on the show.