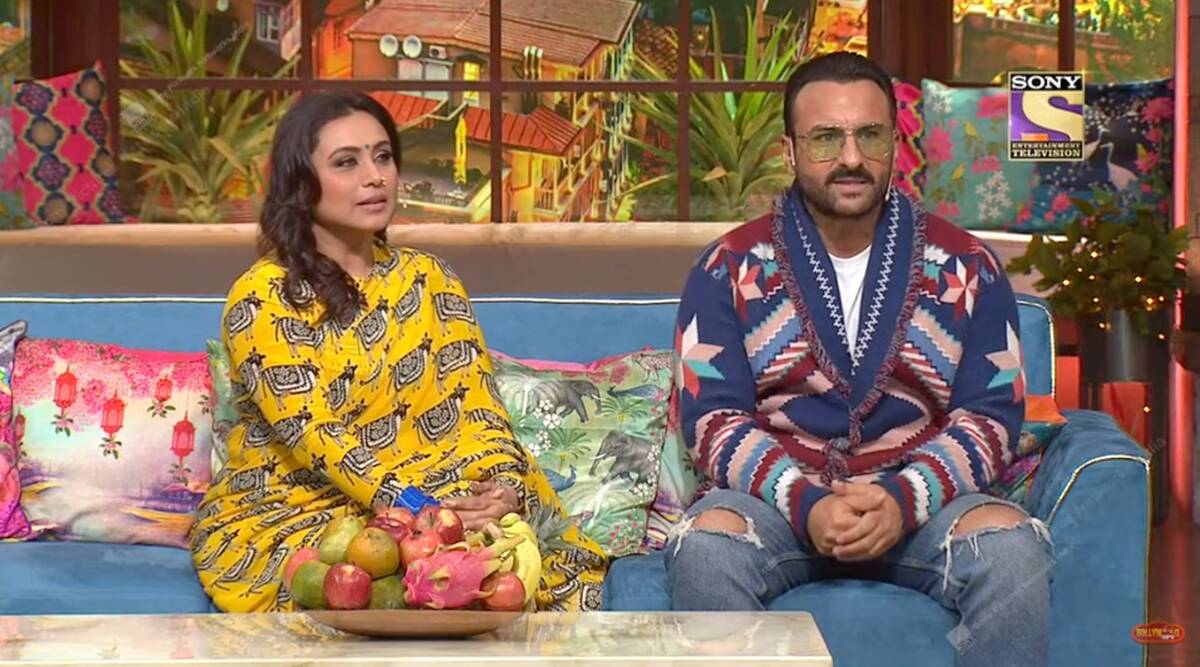 Hello, all the entertainment lovers get ready for another highly thrilling episode of the most beloved The Kapil Sharma Show. The comedy show has been returned with another dynamic season thriving on the television screen again. The audience has again provided a wonderful response once again. As the show has been started some of the biggest celebrities from various fields grace the set with their presence. Well, this time again the glitz of the stage of the show is going fourfold as some of the immensely versatile and renowned Bollywood actors including Saif Ali Khan, Rani Mukherji, Siddhant Chaturvedi, and Sharvari Wagh are arriving on the stage.

Well, the commendable lead cast is coming to promote their upcoming movie ‘Bunty Aur Babli 2’ scheduled for its theatrical release on 19th November 2021. Earlier to release date it also finalized for its cinema release in June 2020 but later postponed due to circumstances and The release date was pushed ahead in April 2021 and it was canceled again. But, now the movie finally arriving at the box office in the upcoming week. The movie is a sequel to the 2005 movie Bunty Aur Babli.

While moving back to the episode we will see some of the hilarious performances from the team of Kapil. The actors also going to share some of the whimsical and enticing incidents. While talking with Saif Ali Khan, Kapil asked what you do in his spare time, the actor replies that he enhances his general knowledge while he doesn’t busy shooting. He says I look out from my window and see how JCB works and everyone starts laughing. The recent promos of the show are highly entertaining no doubts. Krushna Abhishek disguised as Amitabh Bachchan and enthrall the audience and the guests.

As we mentioned that Bunty Aur Babli 2 is a sequel to the 2005 movie of the same name excluding 2. Rani Mukherjee is reprising her role as Bubli while the rest of the actors including Saif Ali Khan, Siddhant, and Sharvari have joined the cast. The movie is directed and written by Varun V. Sharma and produced by Aditya Chopra under the production banner of Yash Raj Films.

Along with the lead cast Pankaj Tripathi, Yashpal Sharma, Prem Chopra is also performing in vital roles. So, get your ticket booked for the black comedy-drama and don’t forget to tune in on Sont Tv at 9:30 PM. Stay tuned with Social Telecast for more information and exclusive updates of The Kapil Sharma Show.