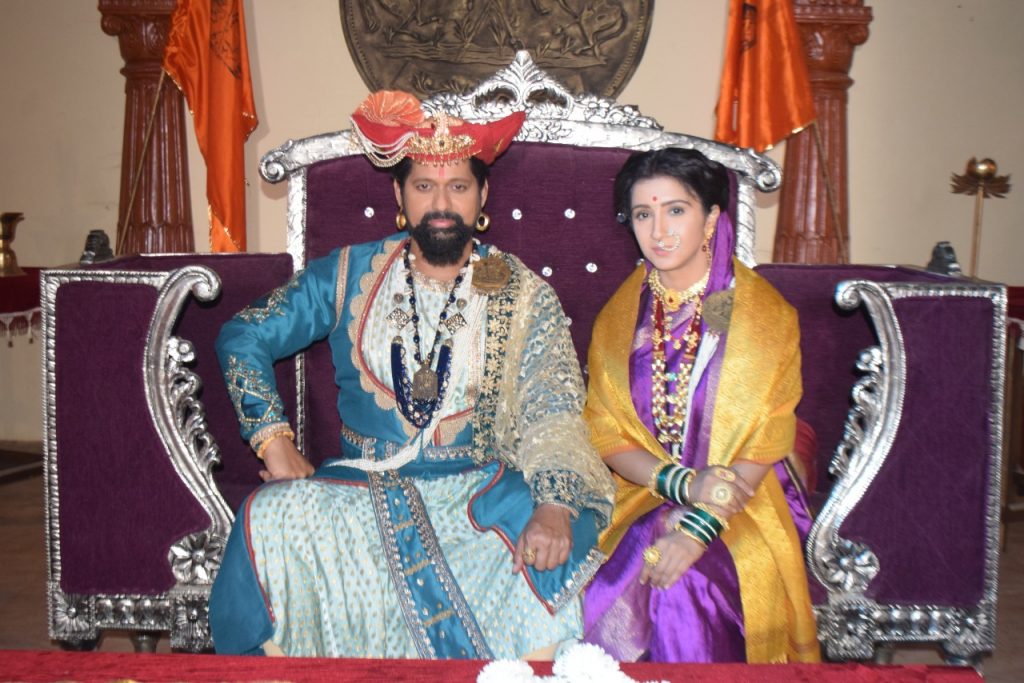 
The upcoming episode will begin where everyone is preparing for the puja to be held in the palace/ Castle. According to the rituals of Malhaar’s all four wives pours water on his head, Ahilya arrives at Sanctuary and looks towards the steps. Malhar is worshiping of Royal Place along with everybody, and Ahilya starts climbing thousands of stairs. Preist informs them that Ahilya went for Sanctuary. Meanwhile, mentions whenever she will get a banner they will put it because an auspicious moment has begun. Therefore they set a bowl on the water and say the flag must be waved here before it goes down.

Then Malhar asks Dhana Ji and Gunu Ji to join them in commemoration of the castle’s worship, but Dhana Ji says that they have done home worship already and entered before. Meanwhile, he says that raising banners seems different somehow, they should have come before. Then Bowl also getting down into the water and spontaneously Malhar gets banner and rushes to fix it. At the same time, Guatama says that everyone has different speeds so do not worry Ahilya will definitely reach at the correct time with a banner.

Later, they offer them a plate of blessed food and takes favor of Ahilya too by saying that she will be engraved in it for sure. Malhar looks at the bowl and says it did not sink yet, So she has more time and she is coming as far as he has concerned. Then Ahilya enters Sanctuary and prays to help her for reaching at the correct time in the canopy with the banner. Hence, she takes and starts walking back so that, she can come to the location under the timing, but people are accusing themselves that they made the mistake to hand over banner responsibility to Ahilya.

Then Priest says that if you all pay some attention towards him so he wants to announce something, that Ahilya will not able to come on the time as it seems. So maybe this year they won’t be able to wave the banner, another side, Ahilya is walking ahead with full force and Malhar also says that he disagrees with this annouincement. Meanwhile, says that Ahilya will never break his rely, so there is no need to say such things. Because she will come before sinking the bowl do not worry. So do not miss watching it on Sony and for more details stay connected with us