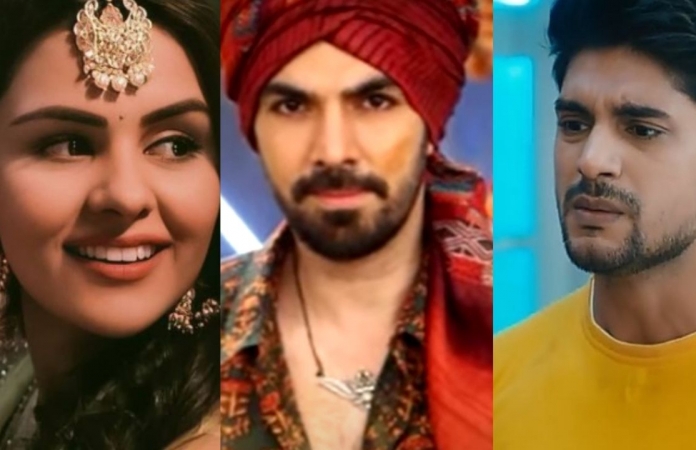 The 19th November 2021 episode of Udaariyaan begins where you will watch that Angad Maan reveals a big truth of his life which makes Tejo shocked, because she never expected this. He reveals that he is already married and has a son, as soon as Tejo hears she wonders that her destiny is playing with her, because whenever she decides to make an alliance with anyone several obstacles come in front of her path. But Tejo asks him that why he did not make her acquired with this truth before fixing their wedding date, in short, she does not let Angad Speak.

At the same time, he makes her stop and says that he has gone through a tragedy because of which, he lost his entire family along with his son. Tejo feels pity for him and wonders that so much sorrow is also hidden behind the smiling face, she came to know today. Hence, she starts pampering him because she does not want to hurt him more as he has tolerated too much pain in the past. Spontaneously Fateh looks at them and gets jealous enough because both are getting close no matter what is the reason behind it.

Later, Angad Maan organizes a date for Tejo b because he has to make her familiar with such stuff of his personal life. Meanwhile, Tejo goes to Jasmine and informs her that she is going for dinner with Angad so she should also go with Fateh, so that, he can not ruin her date. Sponteniously Fateh hears everything and gets hurt by thinking that he does not even think that she will change up to the next level. But he can not do anything because it’s her choice, and does not have any right to interrupt her.

It is being speculated, that the past will be repeated with Jasmine because on their wedding day she left Fateh due to which, he had to marry Tejo. So something similar is going to be happy this time too, when Fateh will leave Jasmine from Canopy on the day of their wedding because he does not want to marry Jasmine now as he is getting attracted towards Tejo. So you can suppose how amazing twists and turns will take place in the show, because new cards will be opened from Angad and Fateh’s side. So do not miss watching it on Colors at 07:00 PM and fr further details stay connected with us.