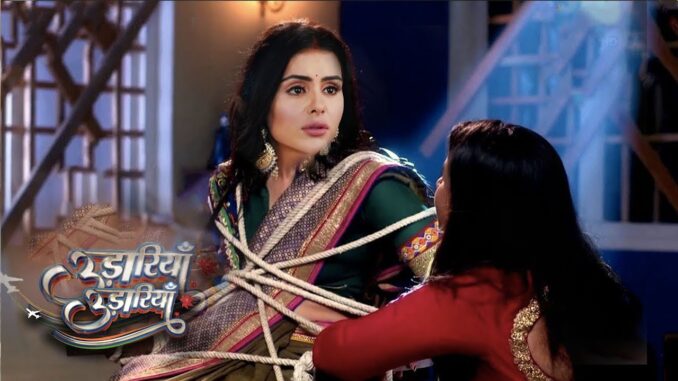 The 2nd November 2021 episode of Udaariyaan commences where Tejo announces her engagement ceremony on the auspicious occasion of Diwali, by saying that no matter what happens but she will engage with Fateh at the same venue, where they will celebrate the Diwali function. But Fateh tries to make her understand that they should take some time for the functions because now festivals are more important than anything. Even his entire family agrees with his decision, by saying that they should push their engagement ahead for a while because the festive season is going on and they have some more works.

After a while, Angad enters the function venue and dances with Tejo like a pair and Jasmine does the same with Fateh because the dance competition takes place between the two. Ravi Dubey and Shargun Mehta also set the four moons on the stage. But Fateh does not happy to see Angad with Tejo and therefore, his entire attention is grabbed by him which became the cause of his flaws during the performance. He wonders that he does not why but he is getting some feelings for Tejo whenever he sees her with Angad, so therefore his jealousy hits the bricks.

At the same time, Jass comes to Fateh and tries to make him understand that Jasmine wanted to take revenge from Tejo, and therefore, she has done these exploits along with him. So it will be inappropriate enough to blame him alone beside her but he does not consider him and starts beating as well by saying that he can not believe in him, no matter what happens because he has done many inappropriate things with Tejo. Then Jass gets fainted because Fateh beats him up to the next level, and locks him in the room as well so that, he can not come out.

Then Fateh goes to console Jasmine as his Dance performance is ruined by him spontaneously. Tejo goes to bring something, and suddenly gets a smell of castor oil. Meanwhile, she screams that who is he and as soon as he turns to her, she gets shocked because he is Jass, who is ready to outburst the place they are celebrating the function together. But despite stopping, he sets the fire which becomes the cause of heavy smoke outburst, which creates problems in breathing. At the same time, Jass rushes towards Tejo for burning her, and therefore she rushes fast to save herself.

Share
Facebook
Twitter
WhatsApp
Previous articleThe wait of Siddharth Malhotra’s fans is over, know when the upcoming film ‘Mission Majnu’ will be released
Next articleAfter the death of Divya Bharti’s father, the post of Sajid Nadiadwala’s wife Varda is in discussion
RELATED ARTICLES
Tv Serials Updates