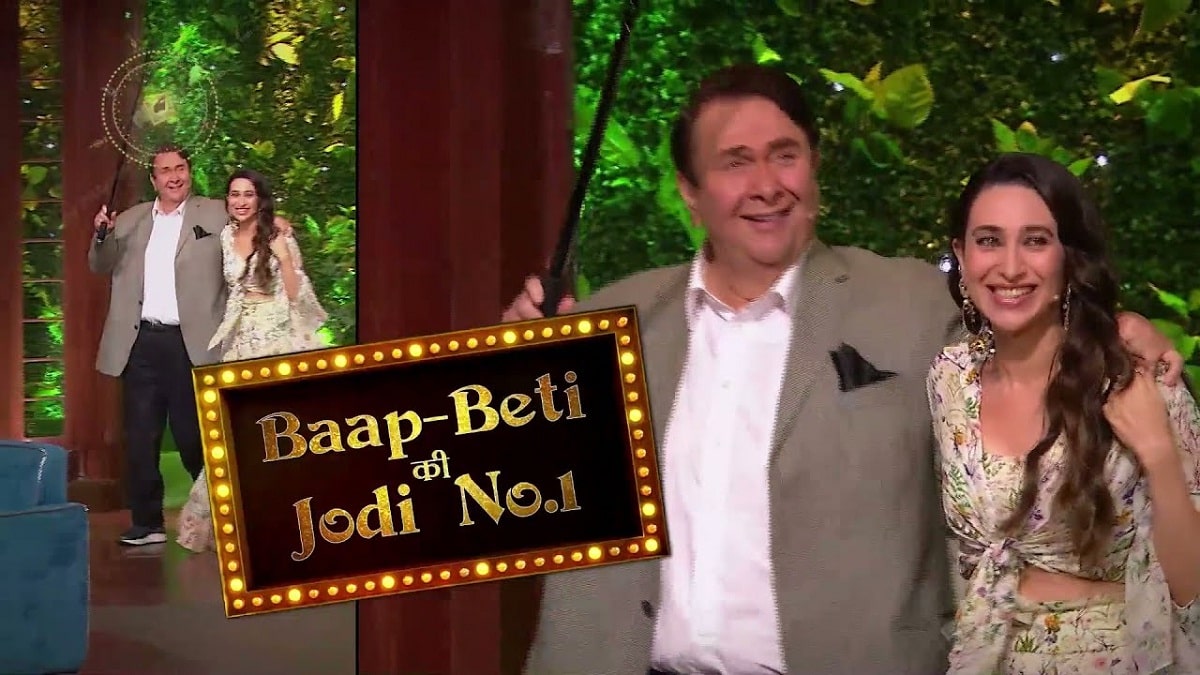 In the upcoming episode of the popular comedy-chat show “The Kapil Sharma Show”, we will see the gorgeous Bollywood actress Karishma Kapoor along with her father Randhir Kapoor. The promos have already been released by the channel that has caught viewers’ attention. Many spectators are excited to find out what fun elements they will get to see in this Saturday’s episode and what unheard stories and incidents the actors will share tonight. Well, we are here with all the latest updates on the upcoming episode of your favorite show. Catch all the details here.

As plenty of promos have been shared online, we have gotten a glimpse of what all is going to take place tonight. In one promo, Kiku Sharda who is popular for his portrayal of the character Baccha Yadav will be seen dressed up as the popular actor Sunny Deol. His entry alone makes everyone burst into laughter itself. Kiku while being in his character brings a gift for Karishma. The actress gets confused seeing an alarm clock as a gift while the show’s host Kapil also gets surprised. They ask him about it to which Kiku tells them that the present is connected with Karishma’s hit song “Sona Sona Kitna Sona Hai”.

Kiku Sharda giving the song’s reference, further continues that with the help of this alarm, the actress would be able to find out how much sleep she needs to get The statement results in the guest laughing out loud. After that the Raja Hindustani fame actress also shook legs with Kiku, dressed as Sunny, on the hit song “Yaara O Yaara”. The actress seemed to enjoy her time on the show. Besides, Kapil asked Randhir Kapoor about his father Raj Kapoor shooting romantic scenes in front of him. The comedian asked Randhir if Raj shot those scenes in front of him or used to ask him to go. Answering the question,

Randhir told Kapil that he himself has shot more than one thousand scenes and also revealed that with some actresses’, he wanted to do those scenes in reality while with some, he never wanted to do it. Hearing Randhir’s statement, Karishma got embarrassed as her face turned red. Undoubtedly, today’s episode of The Kapil Sharma Show is going to be filled with various fun elements and the special guests will also be seen enjoying the show. Watch TKSS on Sony TV at 9:30 PM and follow Social Telecast for further updates.