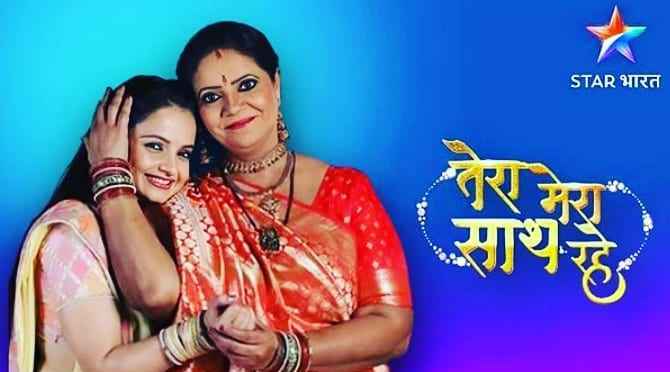 
Hey, folks! you all have watched a bond between a daughter and mother-in-law in the popular daily soap called “Saath Nibhana Saathiya” where Gopi Bahu and her mother-in-law Kokila Modi Gopi’s (Maaji) had been through a very tickling and sensitive drama. The super pair of these faces is about to appear on the Indian television soon where the latest drama with popular and already worked together before pair will make you experience their journey. Stick around to know what else is going to take place in the latest show called “Tera Mera Saath Rahe”.

You all must be in the swim that Giaa Manek aka Gopi for her role in “Saath Nibhana Saathiya” and her Maaji Rupal Patel as Kokila Modi has worked together in the same daily soap where the pair got too much love and appreciation from the audience and Now as per the promos, it has seen that these two beauties are coming together once again in another drama serial called “Tera Mera Saath Rahe” that will broadcast on Star Bharat at 8:30 PM from 16th August 2021 Monday. Well, as you have read about the main faces but talking about the cast so in the show except for Giaa and Rupal there will be some other faces that will be making your time special and dramatic.

As per the cast, it can’t be doubted that the show is going to gather more viewers because the same faces we have watched in the previous show where Gopi is from a very middle-class family and that too uneducated along with too much innocency who is even in the dark about a laptop and the amazing thing that made people crazy, when Gopi enters her in-law’s house she washes the laptop of Ahem and this was the beginning of the show where people started to get crazy about but soon she gets to know about the technology but as she is illiterate so Kokila always scolds her on her mistakes and Ahem also does not like her but soon everyone starts to love her and Kokila and Ahem send her to school and then she became educated.

Well, talking about the latest show, in the promo we have seen that Kokila comes to a room keeping a laptop in her hands and says Gopi to go and wash the clothes, but Gopi takes all clothes along with that laptop and when Kokila sees it she recalls that how Gopi washed Ahem’s laptop before, she rushes towards her where Gopi says “Aapko Kya Laga Maaji Mai Laptop Dho Dungi” and the show begins. As per the promo saying this won’t be bad that show is going to gather way more viewers this time. So lock the date and stay ready to watch the tickling and sweet drama of Giaa Manek from 16th August Monday onwards.