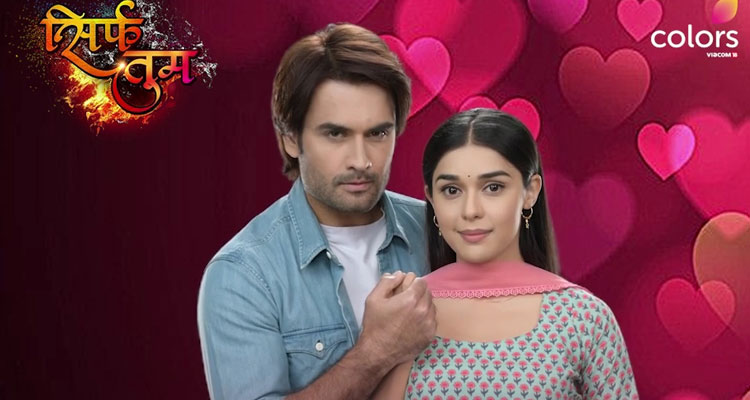 
The upcoming episode of Sirf Tum is ready to make you familiar with high voltage drama, as Ansh is ready to make Suhani’s video viral on social media so that, she could defame and Ranveer could hurt. Hence, he makes her video viral on various social media platforms, in which she is appearing while having strong intoxication. Meanwhile, he says that it’s just a beginning as soon as time will pass he would make her life hell, as Ranveer considers her as his responsibility.

After a while, when Suhani gets her senses back and her friends make her familiar with all those exploits that she made in the intoxication, she feels ashamed and tries to remember such things which happened to her before the incident. Then she recalls that last she met Ranveer when he gave her medicine of fever, therefore, she accuses him of her condition and says that plenty of times she warned him to make a distance but he does not do this. Meantime, Ranveer says that he could not even think to execute such a plan against her.

At the same time, she leaves the place by saying that she does not want to talk to him because she knows everything, that what he has done recently with her. As soon as she reaches her home she sees that her father is watching her video which has gone viral on social media and catching the heat rapidly. She gets shocked to see and wonder that now what will happen because her father’s anger is getting increased and it will be created the worst consequences for her.

Meanwhile, when her father tries to slap her Ranveer takes place and stops him by saying that he can not slap her no matter what happens. Because he does not know the truth behind her condition, and he shows them a good part of the video where she is praising her father to be with her, and after watching the video her father hugs her while apologizing to her, but in the meantime, Ranveer decides to figure out the exact truth behind the incident.

Later, he goes to the college and tries to figure out the truth and gets information that Ansh has done all this along with his friends, as he wants to defame Suhani. Hence, he goes to find them and starts arguing by saying that no one has a right to do such things against Suhani so how could he do this. Ansh tries to explain himself but Ranveer is not in condition to hear his statement, hence he starts mayhem with them.