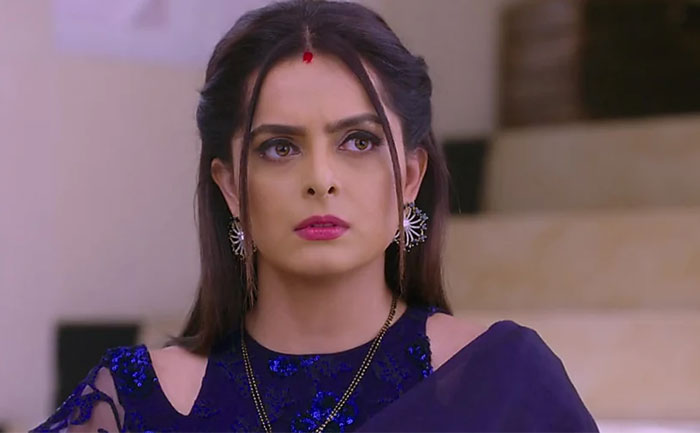 
The latest episode of Kundali Bhagya starts with Sonakshi getting surprised knowing that Karan had gone to jail. Rajat also gets amazed and asks him how did it happen. Karan tells him them Preeta paved his way to the prison as she didn’t like him flirting with other girls. Sonakshi says that they are really unbelievable as if there were any other girls, she must have asked for his autograph. Later, Sonakshi asks Karan how does he feel knowing he is about to become a father. Karan smiles and says he cannot really put it into words.

Karan says that ever since the news came out, the entire house has gotten positive as everyone looks happy. Karan adds that he is unaware of what will happen next but as of now, it feels amazing. He continues that he is really fortunate that he married Preeta as she brought changes to him and adds that he can marry her again in his coming life. Sonakshi gets impressed with him and advises Rajat to learn from Karan. Later, Sonakshi finds out that Ananya has a crush on Sameer so when Sameer asks her the direction of the lawn, she plans to introduce them.

Sameer senses that Sonakshi is up to something. He requests her not to hook him up with anyone as he is not interested. Sonakshi ignores him and calls Ananya. She asks her to show Sameer that lawn. In the next scene, Sherlyn goes to Kareena and asks her to spare some moments as she wants to talk to her. Sherlyn tells Kareena that she thinks something is wrong with Preeta as she just witnessed her crying in her room. Kareena gets worried about her. Sherlyn tells Kareena not to panic as Preeta is not pregnant.

Kareena asks Sherlyn not to say anything as pregnant ladies experience severe mood swings. Sherlyn says that she might now believe her but she will return with proof. On another side, Shrishti gets ready in her room and waits for Sarla to fall asleep as she wants to know about Preeta’s condition. She calls Sameer and questions him about Preeta. He tells her not to worry as she is perfectly fine. Later, Shrishti asks him if he is alone to which Sameer tells her about Ananya and says that she is the resort’s manager. Watch Kundali Bhagya on Zee TV at 9:30 PM and get the latest updates on our site.

Share
Facebook
Twitter
WhatsApp
Previous articleKhatron Ke Khiladi 11: As soon as Saurabh Raj Jain was out, the fans got angry on Arjun Bijlani, now the actor clarified
Next articleTiger Shroff, who arrived in Arbaaz Khan’s show ‘Pinch 2’, reacted to the trolls, saying- ‘I am a virgin like Salman Bhai’
RELATED ARTICLES
Tv Serials Updates