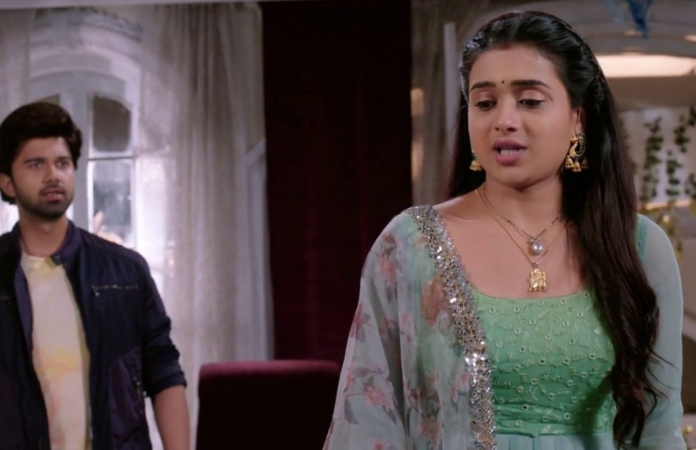 
Monday’s episode of SSK 2 will bring some more drama to your screen tonight. The episode begins with, Chitra talking to Giriraj about Badi Maa’s sullen and tells that how Reema has added fuel to the fire. She then says that once this professor gets freed from the jail, Reema is not going to leave Vivaan easily. Reema tells Roma about all of her hoardings that have been placed in the entire city. Vivaan comes there telling them that these have covered the entire state.

Badi Maa also comes there and gives an angry look to see her, and recalling those entire hoardings that she saw across the state. She then looks at Simar and Aarav, meanwhile, Chitra comes there along with Giriraj, both walk-in towards Badi Maa and all. Badi Maa scolds both saying that she has seen so many hoardings in the city and as she said them to not let anything happen due to which Reema gets happy then how dare they can do let it happen. They both apologize to her saying they were not aware of this and just heard all this from her mouth and if they were in the swim then they would not let it happen at any cost.

Geetanjali Devi then says them to call Vivaan there. Giriraj says that first, they should handle the case otherwise it would be big trouble they will meet soon with. Meanwhile, Media comes there and asks her that what she thinks about the case, will she win the case or not. One of the reporters asks that as Avinash has brought to the court so what does she think about the judiciary decision. Badi Maa remains silent, while a reporter asks Avinash about the incident which happened at Aarav’s wedding.

The reporter then asks that why he replaced her younger daughter with the elder one, and as her younger tied the knot with the elder son of the Oswal’s family and why his elder one tied the knot with the younger one of Oswal’s family. the correspondence then raised a weird question that what he wanted to do and what was his deal. Badi Maa avoids media and goes, she looks at Chitra and Giriraj to correct their mistake which they have done otherwise she will make worse circumstances. Well, there are many things you are going to watch tonight so stick around and don’t forget to watch the complete episode.

Share
Facebook
Twitter
WhatsApp
Previous articleArmaan Kohli will remain in NCB custody till September 1, drugs were recovered from the house
Next articleHrithik Roshan’s dance must have been seen … now this video of his mother Pinky will surprise
RELATED ARTICLES
Tv Serials Updates