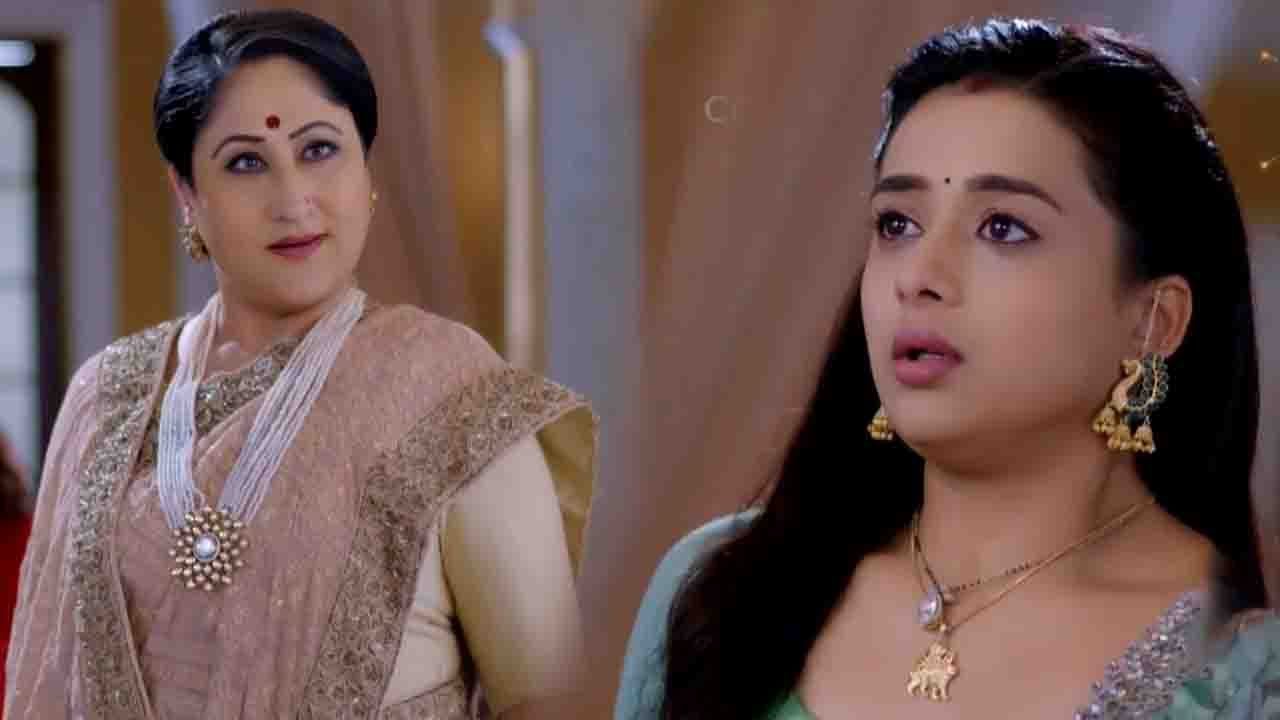 Tonight’s episode of Sasural Simar Ka 2 begins with, Simar going out and suddenly she passed from Aarav’s past but unfortunately, he does not see her and gets a call and then he left to meet Gagan where he gets to know about Mohit and Rana. Gagan tells him that he sent him the video already but he didn’t see it so he had to call him here. Aarav gets angry watching the video and takes out his belt saying that today he will do the last step to defend his family and after this day no one will even dare to look at his family.

Meanwhile, Simar sees Aarav walking away in anger holding a belt and sitting in his car. Simar gets worried and chases the car after asking Gagan about what he said to him that led him angry. Gagan takes out his mobile and shows the video to Simar which leads her to anger too. A shocked Simar also gets angry thinking that how Mohit can go this cheaper. Simar says him to go and alert everyone in the house, and she is going behind Aarav to see if he does give something worse. Gagan replies not to go because Rana’s are so dangerous and they are not the good ones. Simar replies that this is the only reason that she should have to be with Aarav Ji.

She leaves saying he to alert everyone. Aarav driving the car at speed along with anger while Simar runs on the road behind Aarav’s car. On the other side, Gagan reaches Oswal Mansion and shows the video to Gajendra, Gajendra just after watching the video calls Simar and tells her that he is with Gagan and he has shown him the video. He asks her about her location. Simar replies that he is going to Rana’s house but perhaps Aarav has reached to them. Gajendra tells her to stay safe and be careful after all she is not going to a safe place.

On the other side, Giriraj along with Badi Maa and Chitra watches the CCTV footage where they watch Gagan colliding with Mohit, where they get to know that Mohit attacked Vivaan. Meanwhile, Divya asks Shobha about Roma asking if she is still alive or dead. Rajendra asks Lalit to lift Roma and rush to the hospital. She says that they have to wash her stomach area. Sobha there says that it is all as usual because Roma’s dramas can’t get over. She then says that if Roma is Knife then she is a gun for her. The episode ends here.

Share
Facebook
Twitter
WhatsApp
Previous articleNajaa Song: Akshay Kumar in the mood of romance in the new song of ‘Sooryavanshi’, Katrina Kaif punched
Next articleArjun Kapoor did not like this video of Jhanvi? Khushi also expressed grief over being a sister
RELATED ARTICLES
Tv Serials Updates