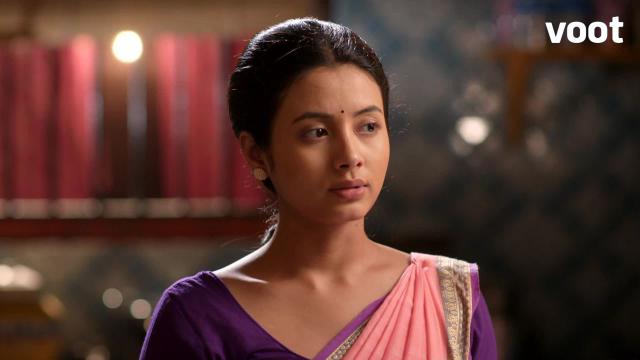 In the recent episodes of Nima Denzongpa, we have watched that Sia has received her first salary and called Suresh to inform this great news. Suresh was sitting along with Nima gets elated and gave the phone to Nima but Sia ended the call without saying a word. Sia takes out her salary and is about to leave when Shiv comes to her and asks for a treat as she has got her first salary. Sia replies that you also got married so you are also supposed to give me a treat. Just then Kanchan enters there and Shiv introduces Sia as his wife. Sia looks on.

Shiv takes leave from there goes to get his bag. Kanchan says that our marriage took place in a hustle and I haven’t any idea regarding Shiv’s likes and dislikes. Sia says that he likes cardamom tea. Kanchan hugs her and says we will meet again for sure. Manya calls Paras and says we can’t meet today as she is still stuck with a family issue. Paras says it is fine he can wait for you for your entire life. Manya says you are becoming romantic. Paras says you have changed me.

Sunita on the other side says to Tulika that she is smelling a rat at Nima’s house as something is going on between Nima and her daughters. Suman, there is remembering her son’s words that he doesn’t want to get married to Mitali, but she is a huge fix as she can’t go against the decision of Maaji. Whereas Maaji is selecting jewellery for Paras’ engagement and Asha standing there giving a luring look to all the ornaments. Bakay noticed her and asked her to leave from there. Bakay doubts Asha, but Maaji says you only see faults in everyone.

Nima there is preparing cake for Sia, Manya comes there and says Sia would be happy to see this cake. Meanwhile, Naari enters the house, Nima gets ecstatic seeing her say that Sia has got her first salary. After a while Sia enters society and Manya noticed her, Manya further says that Sia has brought gifts for us, but Sia turns to Suresh’s house. Manya and Naari get surprised, Nima asks them to let her go. After giving sweet and gifts to Suresh Sia returns home and give her full salary to Nima, she asks you should have kept this in her bank account. Sia replies that you are waiting for this for your entire life now take it. Nima gets disheartened. Get more updates on Nima Denzongpa written update here on Social Telecast.

Share
Facebook
Twitter
WhatsApp
Previous articleWhen Salman slept without a fan by laying carpet in jail, Salim Khan did not run AC at home
Next articleUnfazed by the FIR, Kangana Ranaut shared a bold photo, said – If you come to arrest, then the mood is like this
RELATED ARTICLES
Tv Serials Updates