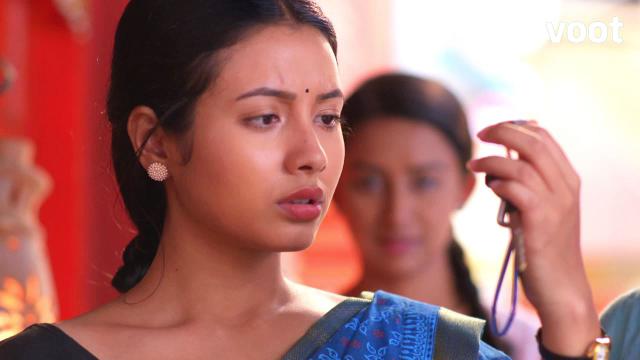 In today’s episode of Nima Denzongpa, Suresh tells Tulika that he is feeling suffocated here. He adds that he doesn’t want to live here. Tulika tells him that she won’t beg him to stay with her as she would leave and stay with her father. Tulika calls Varun and asks him to come along with her but to her surprise the latter denies. Sunita asks Tulika to relax but Tulika gets adamant to leave the place right away. She goes outside the house and sees Nima coming there. Tulika returns the money and says that she can’t keep the money she gave for the ice cream.

Sarla comes and says that Tulika can never pay her. Nima loses her temper and asks them not to drag her in between their personal fights. Tulika announces that she is leaving for her father’s house. Sunita begins to cry and asks Suresh what would she do if she leaves in reality. She cryingly asks who will do the house chores. Suresh doesn’t believe that Sunita is crying because of that. Sunita rushes out and begs Tulika to stop. While Nima just leaves. Here, Sunita apologizes to Tulika and asks her to stay back but Tulika tells her that she would not stop unless Suresh apologizes to her.

On another side, Paras hums while massaging Suman. The latter asks him if he is happy because he has someone special in his life. Paras smiles and recalls meeting Mania. Suman understands and says that she is happy that engagement made him happy. However, Paras gets worried and looks away. Here, Mania tells Nima about her being the campaign’s face. She adds that they know her value now. Mania adds that the company’s CEO only wanted her. Nima starts getting angry and asks Mania to stop. She wishes for achieving success but reminds not to become arrogant because of that.

Later, Sia goes to the kitchen and sees Nima working. She asks her to take some rest. Nima tells her that she is fine. Sia tells Nima about the bank workshop in Pune which she needs to attend. Nima asks if that boy would also be there. Sia gets tensed. Nima smiles and says that since the entire staff of the bank would be going, it’s obvious that the boy would also be there. Nima adds that he is a good person and asks Sia to give her number for safety purposes. Sia gets happy and hugs her tightly. Nima says that it’s her work so she can’t stop her.