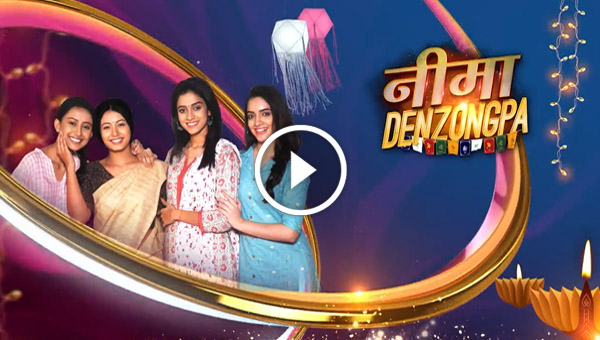 The latest episode of Nima Denzongpa starts with Paras waking up in the morning and her mother coming to him. Suman asks if he is feeling better, meanwhile, Ginesh comes and says he is a hero nothing is going to happen to him. He further says that your son has started quarrelling with goons. Babita starts laughing, Ginesh tells Suman to ask Paras why he did give an off to Suresh. Paras replies that Suresh wanted to go early so I gave him off for the day. Ginesh says that he already talked to Sures and he informed that you told him to leave early.

At the same time, Suresh comes there and Ginesh asked if Paras told him to leave early yesterday, Suresh replies yes. Ginesh further tells Suresh that Paras is saying that he wanted to go early yesterday. Suresh tries to handle the things and says that Paras didn’t give me an off he wanted to get some paper signed by a man, so I went to get the work done alone. Suresh further asks to believe in them. Ginesh gets agreed and Paras gestures to Suresh and thanks him.

Sarla there comes to Nima and asks her to think about her daughters you always tell them to focus on their careers and now you are saying this. Nima says I just want that they don’t depend on anyone, she says that her daughter is in pain and I am feeling her pain. Sarla says so you will Sia to marry Shiv. Nima replies that if Shiv loves Sia then he will wait for her definitely. Nima calls Shiv but he is getting dressed for his marriage. Nima asks if they can meet. Shiv replies that he is at Pune right now, he will meet her tomorrow.

Bakay is bringing some household stuff, Suresh comes to him and assisted him in taking groceries to the kitchen. Asha comes to the kitchen and again starts stealing some food items, she turned and is frightened seeing Suresh. She asks what is doing here. Suresh says that he was helping Bakay in bringing groceries. Suresh further says that he saw her while hiding something. He assures her that he won’t reveal her secret. They are moneyed and can’t understand our condition. Tune in to Colors Tv at 9 PM and watch the complete episode. Stay connected with Social Telecast for more information on Nima Denzongpa written update.

Share
Facebook
Twitter
WhatsApp
Previous articleAnkita Lokhande reacted to the rumors of boyfriend marriage, said – becoming a wife and creating a family…
Next articleVideo leaked of Shehnaaz Gill crying in memory of Siddharth Shukla, fans furious at those who made the clip viral
RELATED ARTICLES
Tv Serials Updates