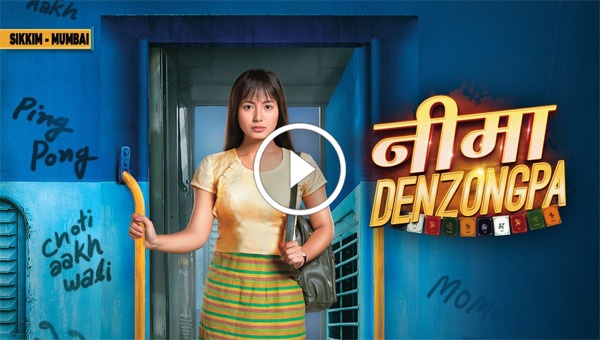 In the recent episode of Nima Denzongpa, we have watched that Paras returns home and Ginesh and Suman comes to her. Ginesh tells Suman that his son has become a hero and thrashing goons on the streets. Ginesh further asks Paras why did you give yesterday off to Suresh. Paras gets surprised and lies to Ginesh that he wanted to leave early due to some work so I gave him an off. Just then Suresh comes there and handles the thing. Paras thanks Suresh in gesture and Suresh leaves from there. Get more information regarding Nima Denzongpa Written Update on 16 November 2021.

Sarla there is talking about Nima regarding her daughters, after much thinking, Nima says that if Shiv truly loves Sia he will wait for her. Nima calls Shiv and asks to meet, Shiv replies who is getting prepared for the wedding replies that he is in Pune right now will meet her tomorrow, Nia agrees and ends the call. On another hand, Suresh assisted Bakay in keeping groceries in the kitchen when he noticed that Asha is again hiding something. Suresh that he knows what you just did and assures her that he won’t tell anyone.

Nima tells Manya that Shiv is still in Pune and she is going to meet him tomorrow. Naari says Sia still refuse to eat and sobbing continuously. Manya says everyone is different, Naari says to Manya that she can’t see Sia in this condition. Manya tells Nima if they should Sia that they are trying for her, but Nima denies and says I don’t want to give her any kind of hope until she will meet Shiv. She has to meet Shiv first later they will talk to Sia. Varun there is talking along with his friend says no one is aware that he is missing his exam today.

Just then Sunita comes there and says what are you heading up to, Varun says nothing much at the same time Tulika comes there along with house agreement. She says that in this house you have 70% shares whereas she has 30% shares. After allowing Naari for the competition and later Manya gave Shiv’s address and Nima reached there. A security guard informed her that Shiv isnt home and just then Shiv his family come there along with his wife come there. Nima is taken back from seeing them and returns home disappointingly. Stay tuned with Social Telecast for more on Nima Denzongpa Written Update

Share
Facebook
Twitter
WhatsApp
Previous articleRohit Shetty said on the Muslim villain controversy of ‘Suryavanshi’ – Why did the villain not create a ruckus when he was a Hindu
Next articleAfsana accuses Rajiv of touching her inappropriately, angry sister fiercely takes class
RELATED ARTICLES
Tv Serials Updates