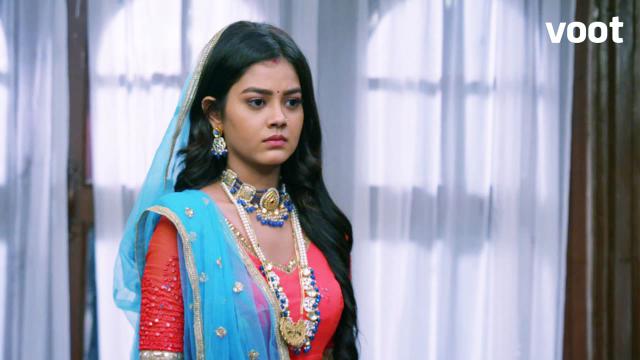 The episode starts that a man noticed that Purvi’s car is leaving, Sakshi along with Purvi enters the hospital. The same man noticed that they are going inside, the man started following them. The nurse asks Purvi to change and tells her that she will take her to the Operation theatre. Sakshi tells Purvi that she will wait for her outside. Purvi there changing her clothes, but at the same time, a ward boy cover’s her mouth. Sakshi noticed and come inside, she asked the man to hide Purvi. Sakshi then gives money to the man and the man takes Purvi along with him. Get more on Molkki 30th October 2021 Written Episode.

Sakshi then wears the gown and says that this baby will be grown in my womb. Sakshi wears a mask and inwardly says now no will recognize her, but at the same time someone knocks on the door. Sakshi opens that door and finds the nurse on the other side. She asks Purvi come along with her. The guy then approaches reception and enquiry about Sakshi and Purvi on the reception when he got nothing, he asks the ward boy about Sakshi and Purvi. The ward boys lied to him and misguided him.

The man then starts looking for Purvi, while seeking he reached to the same room where Purvi is being captivated. The man then finds a scarf and recall that it belongs to Purvi, he inwardly says that Didi must be around here. The man starts following further evidence and eventually found Purvi. He finds that Purvi is lying on a stretcher fainted. He yells for help, but no one listens to him. He tries to take the stretcher out. Sakshi there is in the OT when the nurse asks Sakshi if she is fine.

She encourages her and asks they are going to start within a while. At the same Virender enters the hospital and asks for Purvi. At the same time, the man comes out along with Purvi and again shouts for help. Virender noticed Purvi and asked who in the OT if Purvi is here. Virender rushes to the operation theater shouting stop. He enters in the OT and shocked seeing Sakshi inside. The doctor asked what is going on here and another nurse brings Purvi on wheelchair. Sakshi is taken back seeing Purvi there. Watch all the episodes of the show aired till now on Voot. Stay tuned with Social Telecast for more information on Molkki Written Update.