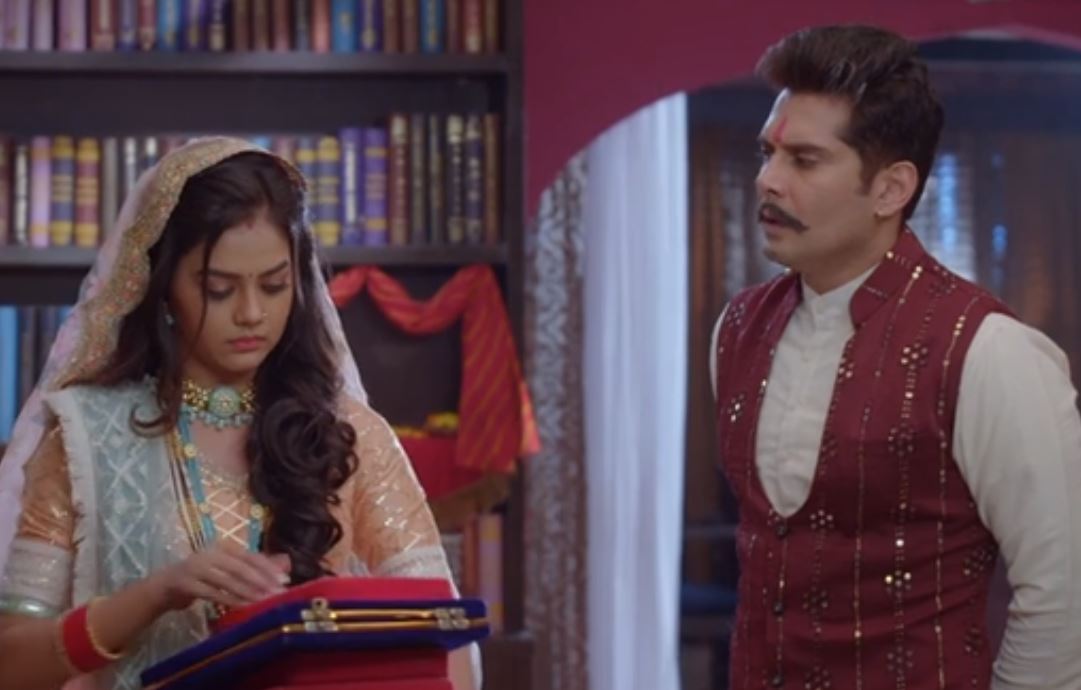 Priyu blindfolds Veer and taking him somewhere, Veer asks where is she taking him. Veer asks what is going on, but Priyu says that she has a surprise for him. Priyu holds Veer’s hand and brings him into her room and closes the room and removes his blindfold, Veer opens his eyes and gets amazed at seeing Priyu. While Priyu is romancing with Veer, she is unaware that Anjali is recording them to blackmail her later. Purvi tells Virender that she is exhausted and can’t run anymore else. Purvi and Virender go to a building to hide just then a dog gets them. Purvi tries to cope with the dog, Virender asks Purvi to take care of her.

Chaudhary’s men there noticed that one of their dogs is barking, they think it must find out Purvi and Virender. Chaudhary’s men follow the direction where the dog is barking but find nothing. Chaudhary commands his men to find them in the building. Purvi and Virender were hiding on the ground floor. They both decide to leave but while leaving, Purvi hits the table, and Chaudhary notices the noise and goes after him. Virender and Purvi run and Chaudhary shoots Virender. Purvi is aghast and scream.

Priyu there asks Veer how she is looking, Veer replies she is looking gorgeous. Priyu then goes and tempered Veer’s drink. Just after finishing his drink Veer starts feeling dizzy. Veer faints and Priyu takes some pictures of her along with Veer. Anjali smiles while recording them. Purvi is continuing begging for help. finally, she gets a cart and puts Virender on it, and tries to reach the hospital. Veer there comes to his senses and sees Priyu is crying, he asks what happens to her. Priyu shows her pictures. Veer was stunned to see the images. tune in to Colors Tv at 10 PM today and watch the complete episode. Stay tuned with Social Telecast for more information and all the latest updates on Molkki Written Update.