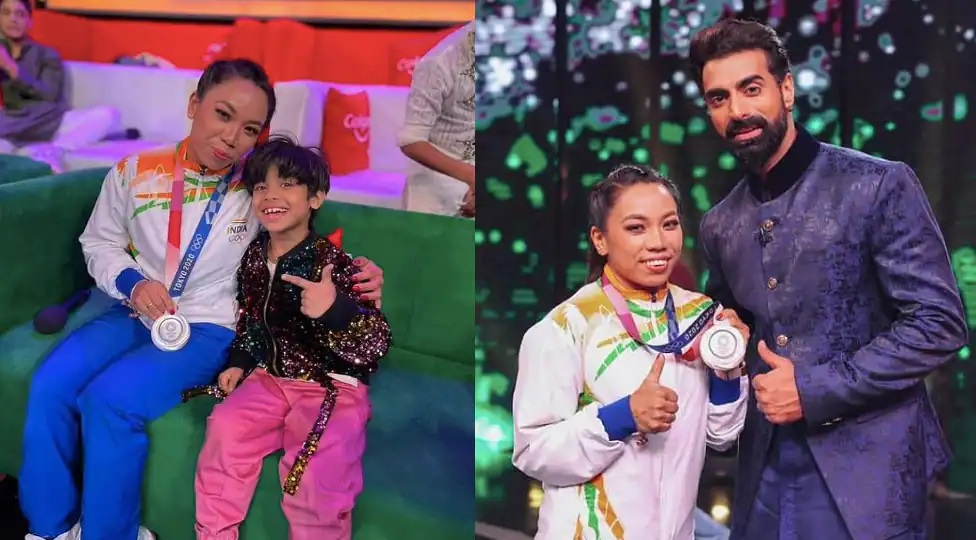 
The popular show of Colors TV Dance Deewane Season 3 will welcome special guests tonight. On the occasion of Independence Day, DD3 will celebrate the “Salaam India” special episode. It will be graced by the Silver medalist Mirabai Chanu along with two prominent cricketers Kapil Dev and Mohinder Amarnath. The channel has released the promos on its official accounts which shows a glimpse of the special celebration. The promos have been garnering a huge response from the viewers. Let’s check highlights and updates of today’s episode and all the performances.

Mirabai Chanu who won a silver medal for India in Tokyo Olympics 2020 in the 49 Kg category will get an emotional surprise from the participants on the reality show’s set. The makers have invited a weightlifting star on the show to honor her as she made India proud in the multi-sports event. The contestants will perform on patriotic songs and will show the entire journey of Cnahu through their special performances. Mirabai will get emotional after watching the acts and will feel overwhelmed.

The hosts Bharti Singh and Harsh Limbachiyaa will also organize a pizza party for the medalist who will be seen enjoying the delicious toppings. As visible in the released promos, the contestants will pay tribute to the martyrs of the Pulwama attack that happened on 14th February 2019. The act will compel the viewers to break down into tears. In another promo, the widow of the soldier who died in the attack will share her feelings when she was informed about her husband’s death.

Her statement made the entire set emotional and everyone shed tears after her statement. Mirabai was also seen getting quite sentimental after watching her speak. Apart from Mirabai, the show will also witness Indian athlete C. A Bhavani Devi waved the victory flag in fencing. Along with her, wrestler Priya Malik will also grace the episode. Today’s episode is going to be filled with extraordinary performances and entertainment.

The viewers are already excited to be a witness of this historical episode where so many talented personalities will come along on one stage. Dance Deewane Season 3 is judged by Madhuri Dixit Nene, choreographer Dharmesh, and Tushar Kalia. It has telecasted two entertaining seasons and returned on television with a brand new season. The audience is thrilled to enjoy the upcoming episode which will entertain them at the weekends. Watch on Colors TV and anytime on Voot. Follow for more updates.