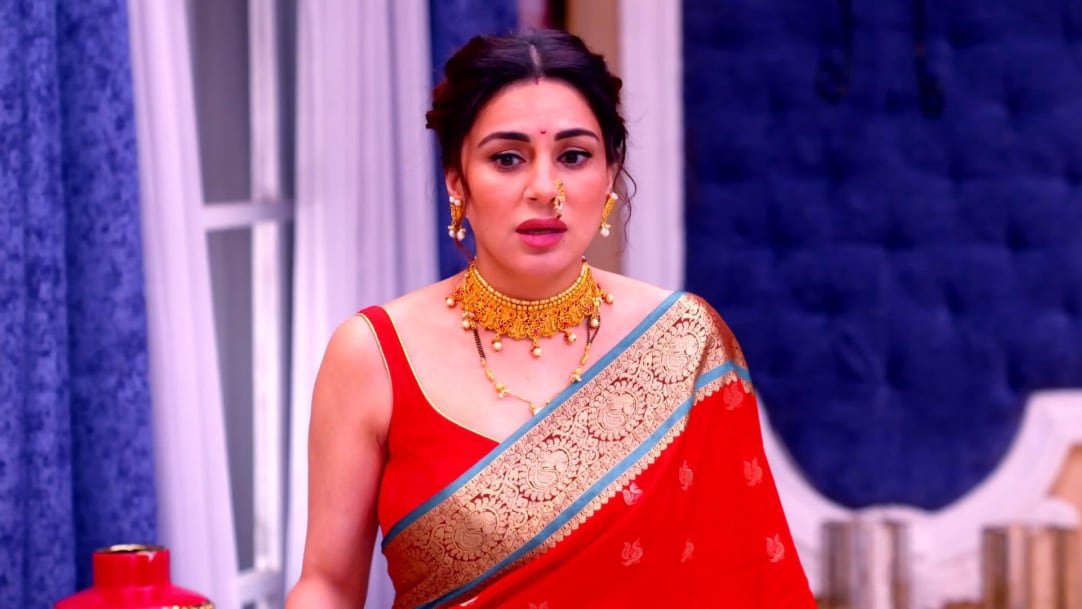 
The latest written episode update of Kundali Bhagya begins with Prithvi. He tells Kritika that he was busy thinking about a special gift for her. Kritika smiles and asks him about it. He says that it’s a surprise and he can’t just tell her. Kritika asks him to think about her gift while she sleeps. Here, Sherlyn texts Prithvi and asks him to meet her privately at the backside of the house. Prithvi, who has started to find Sherlyn more attractive lately, happily agrees to it and thinks that since Kritika is sleeping, it would be easier to meet Sherlyn.

On another side, Sameer goes to Rishab and asks him for advice. He says that he wants to propose Shrishti and needs some suggestions on that. Rishab asks if he is confident about this decision. Then, Rishab asks Sameer to call Shrishti and express his feelings to him. Sameer feels defeated already as he feels difficult to pull himself together and express his love to the woman. Sameer asks Rishab to stay here while he calls her. However, Rishab refuses to do so and says that he doesn’t want to make the situation awkward.

Later, Sameer video calls Shristi and finally pours his heart in front of her. He tells her how much he loves her. Shrishti couldn’t believe that Sameer actually proposed to her and she stands stunned. Rishab who was also here notices Sarla standing behind Shrishti in the video call. Both Sameer and Rishab greet her while Shrishti wonders if Sarla listened to their conversation. Sameer makes an excuse as he tells Sarla that he phoned to tell her how much he loves Sarla. Here, Shrishti disconnects the call. Sarla asks Shrishti to call Sameer and tell him that she loves her.

Here, Sameer gets scared thinking of Sarla hearing their conversation. Rishab asks him to man up and to think about Shrishti only. In the next scene, it is seen that Sherlyn and Prithvi meet. Sherlyn tells Prithvi that Rishab is behaving as if he loves her a lot and is even planning to extend the family. She adds that she only loves Prithvi and no one else. However, Preeta happens to listen to their conversation as she was passing by. She regrets her decision of giving them another chance. Preeta records Sherlyn’s confession and decides to expose the pair. Follow for the further updates of Kundali Bhagya.