KKK 11 Rohit Pranks The Contestants Who Got Fear Funda 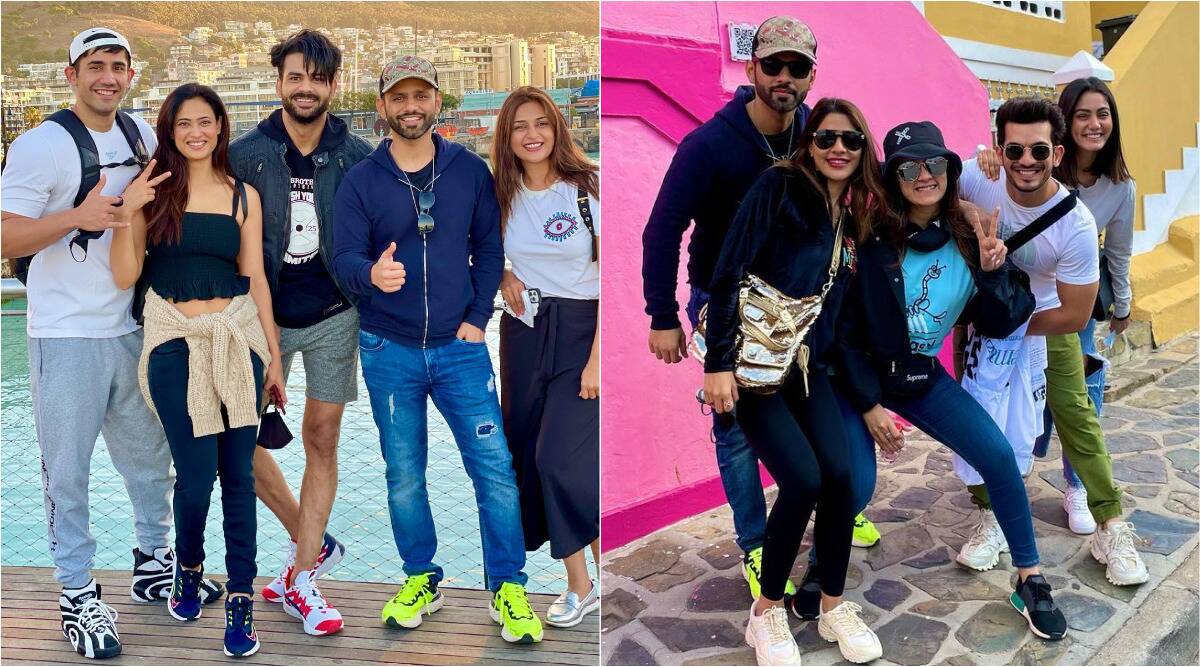 
Unquestionably, Khatron Ke Khiladi Season 11 is the most-watched and most-liked reality show at the same time. After the jaw-dropping 10th season, the viewers were eagerly waiting for the return of the new season. The fans’ waiting got over on 17th July this year as the Colors TV’s game show got premiered on Television. Ever since the show managed to maintain its place in the top shows of the channel. Every weekend the show provides the viewers with an unexpected dose of entertainment and fun. It makes the audience eager to know what will happen in the upcoming episode. Let’s find out.

The channel has released a sensational promo on its official social media account. Hosted by Rohit Shetty, the latest episode will feature a horror prank on the contestants. Yes, it will be shown that the Golmaal fame director will narrate a scary story to the participants which will scare them to death. Rohit stated that a strange thing had happened when they were shooting for the film titled “Golmaal 3”. The director added that they have finalized a Bungalow but the manager kept asking them to not shoot there and to change the location.

Rohit further told that the manager informed them that the bungalow had witnessed a murder and the reception still gets calls from the said bungalow. After hearing the scary story, the contestants got frightened. Meanwhile, someone in ghost disguise comes behind Nikki Tamboli and starts stroking her hair gently. The Bigg Boss 14 contestants screamed in fear after realizing it’s a ghost. She quickly ran over to Rohit Shetty and hid behind him.

The rest of the contestants burst into laughter after witnessing the scene while Tamboli kept hiding. On another hand, Divyanka Tripathi will also get pranked by Rahul Vaidya who will scare her through a ghost prank. Altogether, the viewers will get a lot of entertainment from today’s episode of KKK11. Besides, the contestants will be seen going through yet another deadly stunt. The said stunt will affect the upcoming eliminations.

If the performers want to keep themselves safe, they must avoid getting Fear Fanda which will further take them to the said eliminations. Earlier, Aastha Gill had gotten eliminated from Khatrn Ke Khiladi Season 11. It had created a lot of controversies as netizens accused Shweta Tiwari of intentionally sending Aastha to perform the elimination task knowing she doesn’t know how to swim. As it was a water-based task, She got evicted. Watch the show on Colors TV at 9:30 PM.

Share
Facebook
Twitter
WhatsApp
Previous articleRiya Kapoor and Karan Boolani became each other, Anil Kapoor distributed sweets, Sonam-Anand also appeared
Next articleAnupama: As soon as he is away from Paritosh, his boss will misbehave with Kinjal, Vanraj-Anupama will teach a lesson
RELATED ARTICLES
Tv Serials Updates