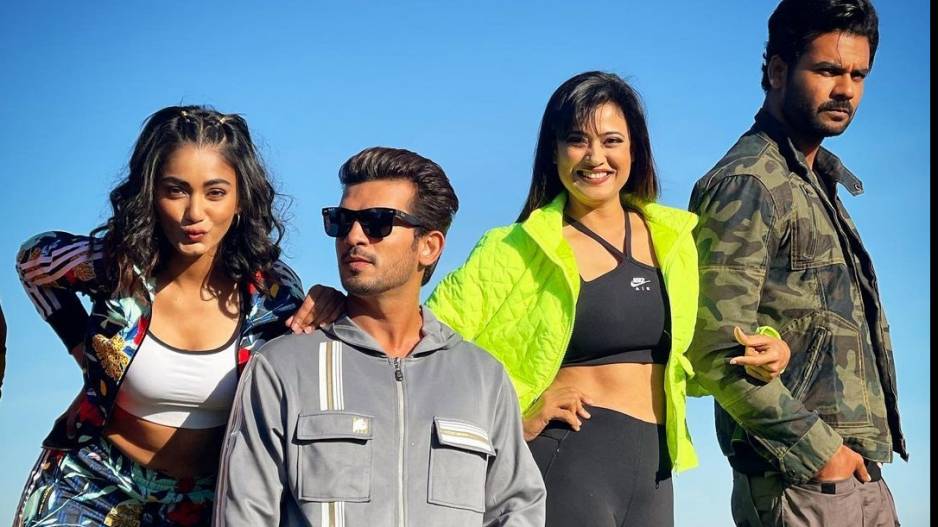 
Colors TV popular reality show, Khatron Ke Khiladi Season 11 has been grabbing eyeballs ever since it got premiered. It has succeeded to entertain the viewers within a short course of time and has all the viewers excited for the upcoming episodes as well. Hosted by director Rohit Shetty, the stunt-based reality show has been featuring “Partners week”. Following the theme of the special week, the existing contestants have gotten paired up with one another and are going through a compatibility test to analyze their respective bonds. Today’s episode will feature one contestant getting eliminated from the show and leaving the rest to move ahead in the game.

In the first stunt, it was shown that Nikki Tamboli performed with Vishal Aditya Singh while Abhinav Shukla and Rahul Vaidya will team up. The Bigg Boss 14 fame boys completely nailed the stunt and impressed everyone. However, Vishal and Nikki’s performance didn’t go as expected as Nikki couldn’t perform the task and abort it mid-way. The action directly affected Vishal’s performance. In the released promos of the channel, Varun Sood was seeing lashing out at Nikki Tamboli for giving up the task while other participants will also support Varun.

Nikki Tamboli will explain to them that she started feeling suffocated and that’s why took the step that will result in Varun losing his calm. Well, the said performance would cost Vishal Aditya Singh’s elimination in today’s episode. It is expected that the BB14 fame contestant might exit the show after getting eliminated. However, the contestants will not remain silent and will call Nikki responsible for the consequence. So far, the show has witnessed three evictions including Sourabh Raj Jain, Astha Gill, and Meheckk Chahal. Now, it will be interesting to see if Vishal actually gets eliminated or a twist comes.

However, Rohit Shetty will also announce that today’s episode will feature double elimination so there are chances that along with Vishal, one more contestant will get evicted. While talking about immunity that will be provided to the winning pair in partner week, Divyanka Tripathi and Varun Sood managed to win the anticipated immunity by defeating Shweta Tiwari and Vishal in the task. The rivals had to pull out the flags from the moving helicopter. By completing the task in just 5 minutes, Divyanka and Varun celebrated their victory while Shweta and Vishal took 10 minutes and lost the task. Khatron Ke Khiladi 11 gets aired on Colors TV and Voot.