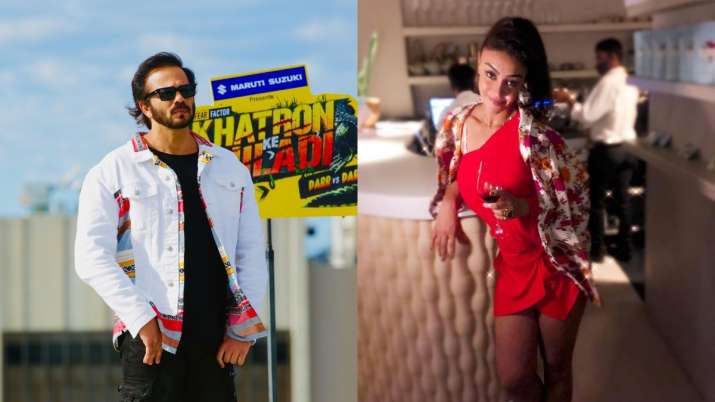 
The weekend is here and so is your favorite reality show Khatron Ke Khiladi Season 11. With deadly stunts and power-packed performances, the show has become one of the anticipated shows on Colors. Though, unlike previous episodes, the latest episode will feature fun and interesting tasks. Yes, in the Partners Week on KKK11, the host Rohit Shetty will organize a compatibility test that will test the bonds of the contestants with one another. The contestants are all set to win the challenge and move further in the game. Let’s get the highlights of today’s episode here.

All the contenders would have to go through some tough questions which will be asked by the host about one another. The game will result in the contenders bursting out in laughter and having a fun moment. Firstly, Rohit will ask the participants about who will they save if they are in a helicopter and only contain one parachute. Answering the question, Shweta Tripathi took her fellow contestant Arjun Biljani’s name while Varun Sood on another side wittily selected him making his partner Divyanka Tripathi laughing out loudly. Plenty of fun questions were asked to the contenders and they took it sportingly and teased each other a bit while answering the same.

However, the fun and laughter moment soon turned serious as the contestants started targeting BB14 fame Nikki Tamboli. They accused her of always aborting the task assigned to her and sometimes it even costs the team or the partner she is performing with. Later, Rohit Shetty questioned the contenders who they will kill if they are provided with a chance to which Arjun quickly took Rahul vaidya’s name. Bijlani stated that Rahul had betrayed him earlier that’s why he is selecting him. After the fun tasks, the contestants also took some serious jibes at one another that displayed their competitive nature as well.

Besides the compatibility task, the contestants will also have to perform a set of deadly and daring stunts to keep themselves secure in the game. As the competition is increasing every passing week, it becomes crucial for the contenders to perform their possible best and escape getting Fear Fanda which is the ultimate pathway to the upcoming eliminations. Undoubtedly, today’s episode is going to super exciting and thrilling and the viewers are also eagerly waiting for the telecast of the latest episode. Watch Khatron Ke Khiladi 11 on Colors at 9:30 PM and get all the exclusive updates here.