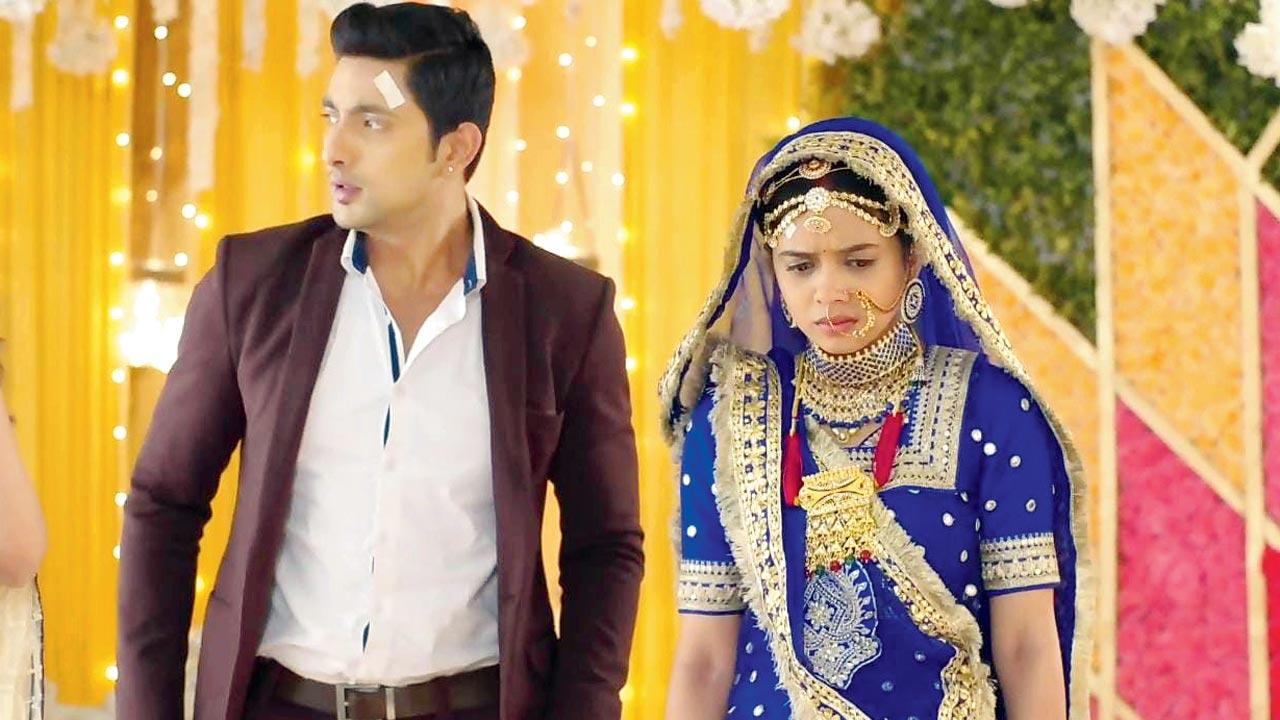 
The latest episode of the show will bring some more drama tonight as it does always. Apna Time Bhi Aayega’s tonight’s episode begins with, Veer asking Vijya that this hospital is his’s and how can she stop him from entering his own hospital. She makes him remind of the papers, he replies that he knows about everything but he just wants to meet his dad right now, he tries to go but her men stop him, she tells him that she won’t stop him from meeting his dad and will let him meet from her own but she needs something first, he asks him. She replies that she wants him to go to Rani Sa and say her to request and beg her.

There, Vikram, Kajri, Rani, and Mausaa get the house clean together, everyone does it at their best. Rani says Rajeshwari to sit but she continues to stand keeping silent. Vikram sighs saying finally it is clean now, he asks that how do many people live like this, Rani replies that everyone divides the work and place. Vikram smiles saying he will get some curtains, Kajri stops him saying it is not needed here. Rani says that they can use Chunni for that and it would be way better if they use sarees for this. He looks at Rajeshwari, she replies “don’t even think to use them, those are so expensive”. He asks her “where would you wear them now”? Rani and Kajri look at them and says that they will give their clothes so there is no need to get those expensive sarees.

On the next morning, Nandini goes out of her house. Meanwhile, Jai asks her where is she going, she replies “I’m going to my family because they need us and I will bring them here to our house, their phones are off, they are kicked out from their own palace and now how will they live somewhere”? He replies “though you are a part of this family we can’t bring them here”. She gets shocked, he says that he told her to do some investment but she did not do and as they don’t have anything now so what would they do to live, he then says her to forget about them. She fumes at him asking if money is important more than family. He replies yes…

Jai says to Nandini that if she brings her family into his house then they all have to do all work and live like servants. She gets angry and says him that how can he dare to say this for her family despite knowing they did so many things for him and his family and what if they are out of wealth now but after all, they all are the lord, he replies “they used to be but not now. Jai slaps her and tells her to keep her volume down in front of him and not even think to dare to repeat the same thing. The episode ends here, don’t forget to watch the episode tonight at the right time and stay tuned with us to get more updates and also to know what will Vijya do next?