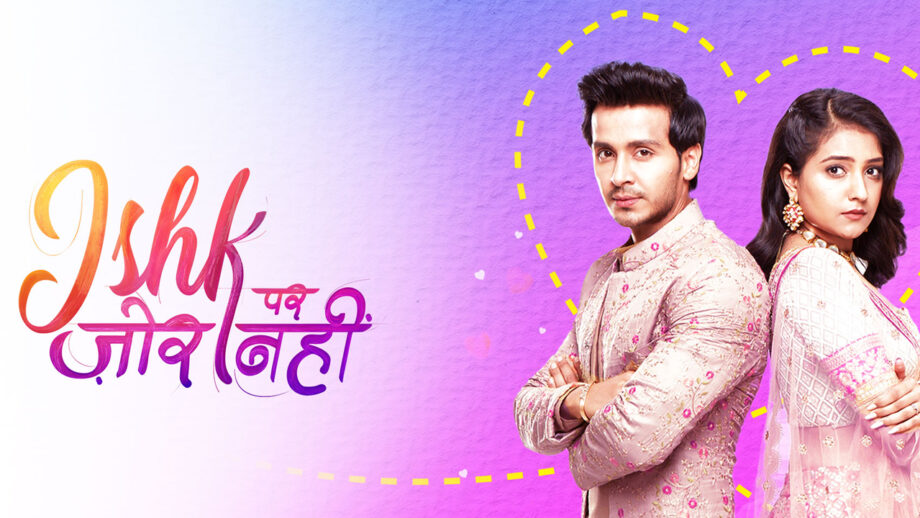 
The upcoming episode of Ishq Par Zor Nahin will begin where Savitri regrets herself for not taking a stand for her children, at the time of need. Ahaan gets emotional because Savitri breaks her silence after so many years, and Daddy also thinks inwardly that Savitri has totally changed and therefore now she has to take any step in the too sagacious way. Meanwhile, Ishqi goes to console Ahaan and Priest also asks them to leave now and the entire family see off him. At the same time, Savitri announces that she will give them gifts when they will come to London with Ahaan & Ishqi.

Then Dadi arrives and criticizes Savitri for her decision by saying that she can not make her separate from her family especially Ahaan. Because she can not stay alone meanwhile, Ahaan interrupts her by saying that she told him that if Savitri comes here so she will leave the place forever. But he does not want it hence, he decides to stay with her in London along with Ishqi. So that, everyone can live their life peacefully but Daddy gets shocked to hear all this because she did not even expect it.

After a while, Ahaan says that he chooses his mother over her and therefore they will leave the state tomorrow because he needs her to complete the family. Savitri gets emotional to hear this and hugs Ahaan and Ishqi gets glad to it, but Dadi retaliates to Savitri. Hence, she alleges her by saying that no one is familiar with her truth but Ahaan says that she knows everything and no one can stop them to stay with her. But despite all this, Dadi says that she will not let Savitri take Ahaan away from her no matter what happens.

Later, Ahaan tries to kiss Ishqi but she stops him by saying that they have signed the divorce papers, but Ahaan says he burned all the papers. But Ishqi says that first, he needs to marry her then she will permit him to romance her. The next morning, Sarla’s aunt invites the entire family to the function and leave the place, but in the meantime Suraj’s uncle comes there with instruments because they organize Ahaan and Ishqi’s wedding. The entire family is happy to see them together because after the tension they are coming together again, so do not miss watching it on Sony TV at 09:30 PM and for more details connect with us.