How Did It Started Check Videos 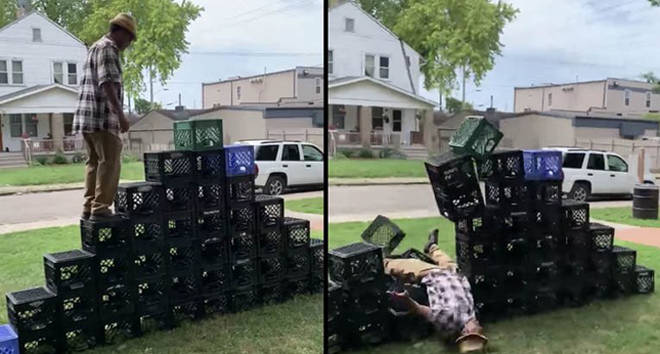 
From Kiki Challenge to Watch Watch Social media is the only way to get things viral and on social media no doubt that TikTok is one of the best platforms where everything gets into headlines and enters the list of trends and starts spreading to the world. Well, you all must be in the swim that there are plenty more things are diving into the pool of trend and in the midst of all trend or better say challenges there is something that is grabbing people’s attraction which is famous as Milk Crate Challenge.

Well, on August 22 the latest challenge named Milk Crate started to create buzz over the internet on Twitter and TikTok. However, in the beginning, people tried it in every possible manner but now it is being criticized by many of the people as they got failed to complete it and also met with several injuries. Though, it is not hidden that over the years many of trends took place on social media and made their different way on the platform and talking about some of the most loved and popular trends so Adult Swim and the Beer Poster are the ones which is on the top of the trend list. Some of those got love and some got the hate but after all, they all made people crazy about that and now the Milk Crate is another reason to watch TikTok.

What is iS MIlk Crate Challange?

You must be keen to know about Milk Crate challange so as it is sounding it does the same work. In this challange people seems climbing over a staircase made of Milk Crates. To participate in this challange individuals have to arrange around six to eight crates first and then they have to walk upon their created stairs and they have to come down as they stepped up. Well, plenty more people have met with injuries because this is not an easy challange and some are criticizing it saying that it is just a faffing up of time because it is way dangerous as you can get injuries everywhere on your body.

You must be wondering that, who started this Milk Crate challenge? So we would like to unveil that on the 13th of August Kenneth Waddell posted a clip on his Facebook account where a couple of kids are enjoying the same game in a park and the game was started but people forgot that those were just kids whose weight and body structures are different as compared to adults who are getting crazy to complete the task. Hit the comment box and share with us, what do you think about this challange?