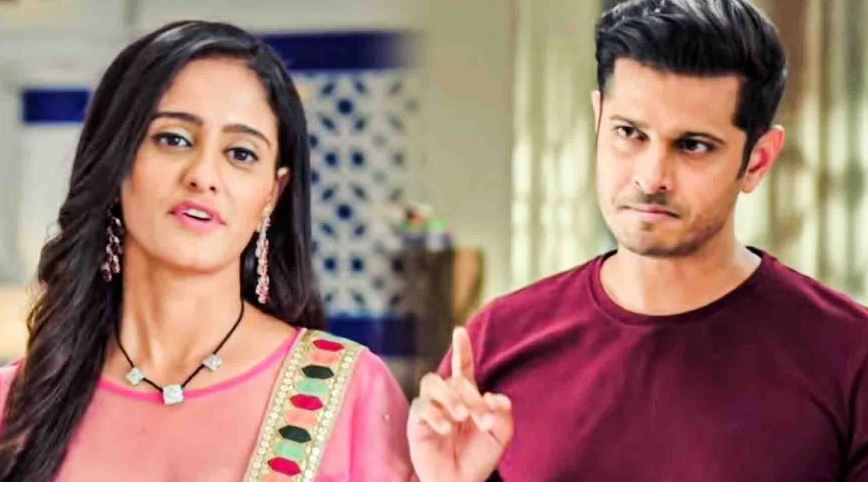 
In today’s episode of Ghum Hai Kisi Ke Pyaar Mein, Samrat reveals that Sunny had asked Virat to tell him the truth but Virat didn’t. He sadly says that Sunny cared more for him than his own brother. Samrat adds that the brotherhood between them has died long ago. Here, Chavan’s family stands in shock after learning about Virat and Pakhi’s relationship. Samrat informs that Virat and Pakhi used to support each other and they ended the relationship themselves. Samrat further reveals that Virat ruined not just his but four lives and he doesn’t understand why he still wants to treat him like his brother.

Sonali taunts Pakhi saying only a woman like her can create problems between two lovable brothers. Samrat asks Virat why he did include Sai in this triangle. Ashwini interrupts and says that she knew that the equation of the brothers but wasn’t aware that they were enemies. Virat clears that he doesn’t consider Samrat as his rival but the latter refuses to even stand under the same roof as him. Omkar asks Samrat to forgive Virat and move on by staying in the house with his wife. Sai tells the family how Samrat loves everyone as he kept orphanage children’s names on them.

Karishma asks Samrat if he gave Pakhi’s name to any child. Samrat shakes his head and says that he didn’t give her name as she was the sole reason for him exiting the house. Sai suggests to Samrat that he can look after the orphanage’s kids from here also. Samrat thanks Sai for worrying about him and the family but he won’t stay here. Bhavani questions Samrat if he will take Pakhi along with him. Samrat refuses by saying he came here to cut ties with her. Pakhi gets shocked.

Samrat continues that he wants to free Pakhi from this forced relationship. The family gets stunned after hearing Samrat. The latter continues to say that he knows that even Pakhi wants the same as she never wanted to get married to him. Pakhi runs into her room and recalls Samrat’s words. Sonali suggests locking Samrat and Pakhi in one room so they can sort their differences out and Samrat changes his decision to divorce Pakhi. Ninad agrees with Sonali while Bhavani keeps praying to God to prevent this divorce. Follow our site for more Ghum Hai Kisike Pyaar Mein written episodes and updates.