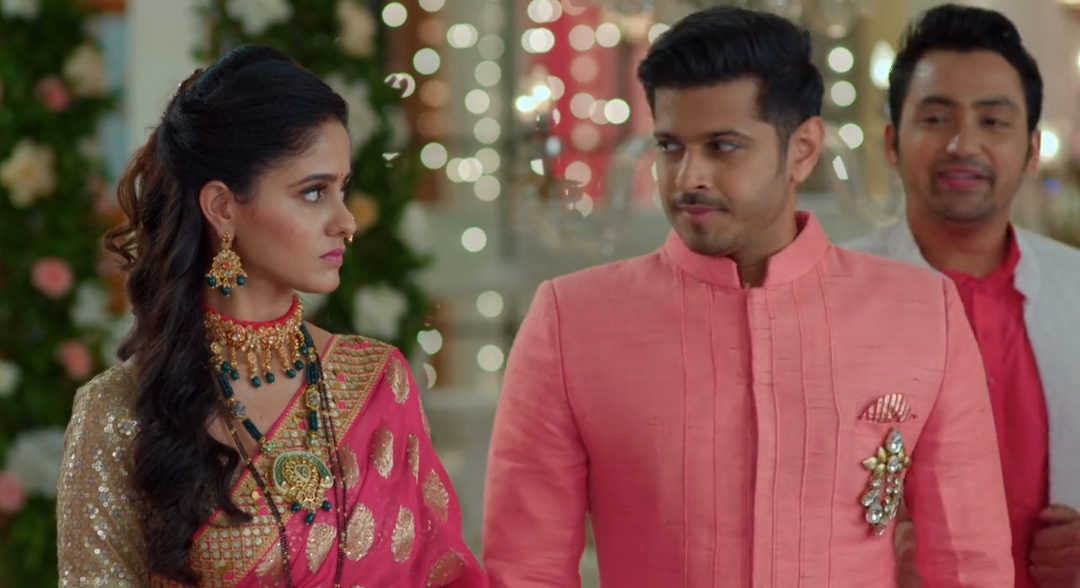 
In today’s episode of Ghum Hai Kisike Pyar Mein, Sai gets worried about junior’s Virat health and takes him to hospital. She informs the doctor about the first-aid treatment she gave to him. The doctor asks her if she knows medicine and is a doctor herself. She answers that she is a medical student. Orphanage woman that had gone to hospital along with Sai states that the latter emerged out as the boon for them and reached at the right moment to save Virat. The doctor says that they have to x-ray Virat. Hearing this, junior Virat gets started.

The lady suggests sai going along with junior Virat as she would be able to handle it. Here, senior Virat gets worried about Sai and searches for her. He tells Sunny and Mohit that he thinks Sai must have left. Sunny says that she hasn’t and shows her purse in the cab. Virat panics as he recalls the accident that happened with her earlier. On another hand, Samrat reaches the hospital and asks the nurse about junior Virat’s condition.

The nurse tells Samrat that junior Virat is perfectly fine as a lady brought him here at the right time. Meanwhile, Sai and junior Virat come out. The latter gets excited seeing Samrat there and calls his name. Sai looks up and gets shocked to see Samrat there. She recalls the photo where she had seen him and recognizes him. At the Chavan’s house, everyone wonders when will Samrat return as it has almost been a year since when Samrat went missing.

Pakhi tells Bhavani that she feels that she should move to her parent’s house permanently. Sonali asks her to stay as she is the daughter-in-law of the house but Vaishali agrees and tells her to go as she cannot see her suffer every day. Being impressed with Sai’s kindness, Samrat asks her to come to the orphanage and to become the chief guest at today’s birthday party. Sai asks if they celebrate every orphan’s birthday on the same day.

Samrat tells her that the children don’t even know their birthdays so they have fixed a day themselves. Sai tries to ask him about his personal life and calls him Dada but Samrat doesn’t share anything. He tells Sai that he feels good to hear Dada and asks him to attend the function tonight. Sai goes back to senior Virat who lashes out at her for disappearing all of a sudden. Sai tells him that she found his brother. Virat gets shocked hearing this.