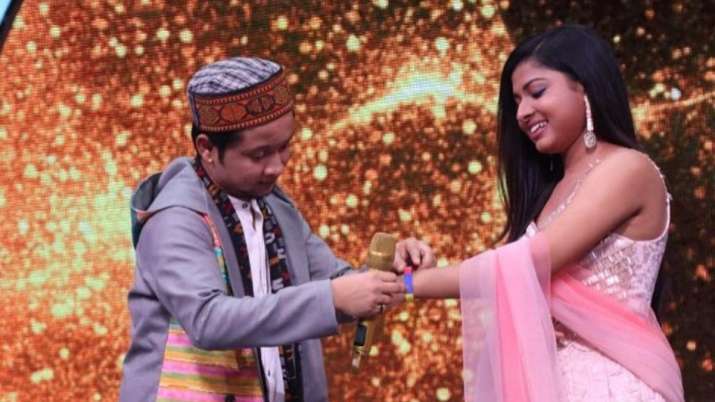 
The quite meritorious singing reality show Indian Idol has completed more than 60 episodes equally well, and now the show is going towards the decisive phase because Grand Finale is around the corner. Hence, the competition is becoming harder for the contestants. As the show is progressing, people’s wishes are also increasing for the contestants and they want to see their favorite becoming even better. So through the upcoming episode makers are organizing legendary singers Kumar Sanu and Kavita Krishnamurthy’s special episode. Get to know more check the details given below along with the exclusive eliminations details.

The recent episode will begin where influential singers Kumar Sanu and Kavita Krishnamurthy Ji, who were the quite the finest singers in the 90s, will make the show more attractive with their presence. First of all, Pawandeep Rajan will make everyone mesmerize with his astonishing singing. He will sing the “Tu Hi Re” song which was featured in Bombay Movie and originally sang by Hariharan and Kavita Ji. He will sing so well that no one will be able to stop themselves, especially our special guests and they will be forced to stand up.

In short, the magic of music is going to break tonight which will satisfy your soul, during his performance Kumar Sanu gives him a precious compliment, by saying that he hit the brick by attempting the song, and mentions excellent singing. After that, the queen of a melodious voice, Sayali Kamble is coming with her adorable performance which will surprise everyone. She will sing “Mera Piya Ghar Aaya” and Kavita Ji will praise her by saying that it seems that it’s Sayeli’s own song over her. In short, she will set the stage on fire so just gearing up yourself to catch it.

Later, The owner of an impressive and melodious voice, Arunita Kanjhilal will take you to a different zone with her amazing singing. All his notes will sound so well that no one will be able to take their eyes off from her while watching. She will execute her performance on the “ Maar Daala” song which is featured in Devdas Movie and originally sang by Kavita Ji. Kavita Ji will be so impressed and will say that she does not have proper words to praise her. She will praise Arunita saying that it seemed as the original record was playing the way she sang. So do not miss to stream it on Sony Television at 09:30 pm and for more details connect with us.