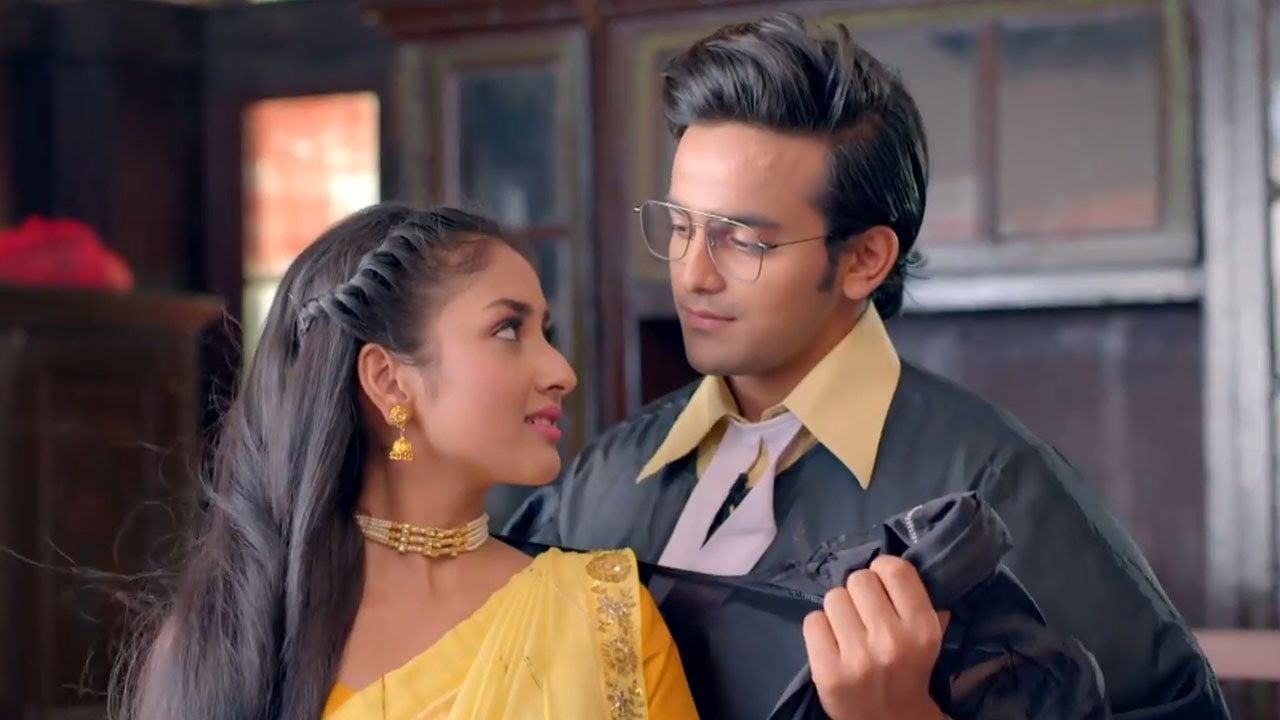 
Barrister Babu today’s episode begins with Trilochan and Panchayat punishing Bondita for coming into Tulsipur to spy on the people and to destruct the place. Bondita notices Anirudh not saying anything in the matter and accepts the allegation. Bondita’s heart shatters seeing Anirudh standing in silence and defending her as he used to when she was young. It hurts Bondita that Anirudh doesn’t believe her and might think her of a spy only. She recalls the old times when he took a stand for her and had defended her actions but now he has gotten changed.

Bondita expected Anirudh to protect her from all of these false allegations but rather he is just standing there as if he thinks that she is a spy sent all the way to Tulsipur by Thakumaa and Chandrachur. She feels that she failed Anirudh as he longer believes her and has faith in her. She feels broken inside. However, Bondita decides to win Anirudh’s trust back and to show him that she is still the young Bondita whom he used to take a stand. Well, she also takes the blame and accepts the hard punishment where she will have to spend her entire life alone in Sadvi’s Ashram.

Though Bondita keeps glancing at Anirudh as he had given her wings to fly and to achieve something in life. She thinks about how can he let her go live in a lonely place for a lifetime. While Bondita prays Anirudh to speak up in her head, Pujaris put her inside the cell and starts the preparation to purify her body. Later, Bihari and Anirudh suggest Bondita running away from there. Bondita says that it’s Anirudh’s thinking to make her free by running away but she feels that she should just let the process happen.

Bondita wants Anirudh to accept that he doesn’t think she is a spy or something She reminds him that he wanted to end the rivalry between the villages and now this is the time but Anirudh pities her and goes away. Bihari tries to convince Anirudh that Bondita has not done anything wrong and asks him to forgive her for taking Vaijanti’s get up. Anirudh thinks that Bondita can never betray him but Trilochan’s announcement the justice is due shakes him. Trilochan advises Anirudh not to fall into the illusion and keep his heart strong. Follow our site for exclusive updates.