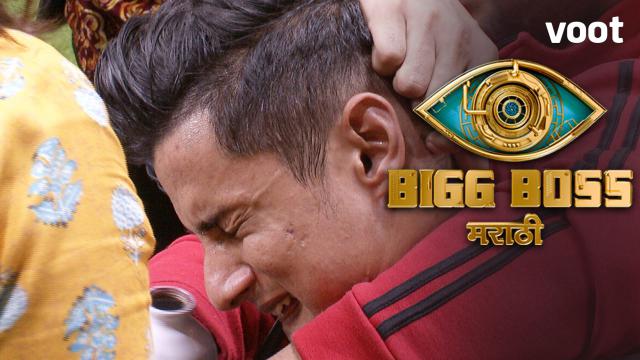 Bigg Boss Marathi 3 is continuing to entertain the people with its captivating tasks and performance of all the members of the house. Well, in the latest episode of the show we are again going to get engrossed with some enthraling events of the show again. The episode begins with the host Mahesh Manjrekar discussing the nomination task along with all the contestants. He reprimands Mira Jagganath for her misbehaving in the house. She says that if she thinks she knows everything. He lashes out at Mira and says you are also like other contestants and has to follow the rules like others.

Mahesh later asks Mira why she yelled at Aavishkar Darwhekar when he said his name for nomination. Mahesh asks her to remember that asking the reason for nomination is against the rule. She doesn’t have any right to asks the reason if someone nominates her. Mahesh even said that this isn’t your house. Mahesh then goes to Gayatri Datar and asks for clarification for her fragile performance in the Hallabol task. He then warned Gayatri Datar and Mira Jagganath to not take advantage of being a woman.

Mahesh returns to Gayatri again as she sprayed deodorant on Vishal’s face. Mahesh gets furious when she denied it. Mahesh strictly asked Gayatri to don’t lie in front of her. He says that he even has footage of spraying deodorant on Vishal’s face and he can even show that to her. Mahesh said that Mira and Gayatri both think themselves supreme from other contestants. Mahesh slammed Mira that she is becoming the most irritating contestant in the house. Mahesh later praised the Hallabol task winning team including Gayatri Datar, Mira Jagganath, Jay Dudhane, Trupti Desai, Utkarsh Shinde, but in the end, he says that the team B is the true winner of the task.

Besides, the show has introduced an all-new nomination task titled ‘Telephone Charge Karaycha Naay’ wherein each member of the house got a dummy telephone that belongs to other contestants. If the contestant wants to save the co-contestant they have to charge the phone at the recharge booth or if they want to nominate the member they won’t charge the phone. After the task, Santosh Chaudhari, Akshay Waghmare, Surekha Kudachi, Trupti Desai, and Sneha Wagh got nominated for the week. Tune to Colors Marathi at 9:30 PM and watch for more updates. Get the complete Bigg Boss Marathi season 3 written episode here at Social Telecast.