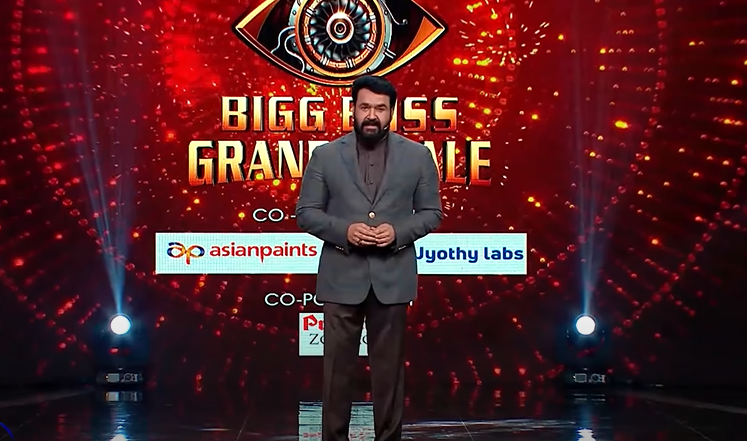 
The much-awaited Bigg Boss Malayalam Season 3 Grand Finale is all set to entertain the viewers for one last time. The makers have announced the date when the final episode of the BBM3 will get telecasted. It has captivated the viewers who were enjoying the show for consecutive months to know who will win the coveted title and will become the winner of the reality show whereas, who secure the places of first and second runner-ups is also a topic of discussion. Well, the wait is almost over as the finale will air on August 1, 2021, at 7 PM.

Premiered on Valentine’s Day, 14th February 2021, the controversial game show had been entertaining the audiences for almost five months. However, every beginning has an end and so has the show. One of the contestants will receive the glittering trophy after defeating the rest contenders and will also become the owner of a whopping cash prize. Started with 14 contestants, the show has reached its decisive phase with its Top Finalists who will compete against one more to lift the trophy in the end. The contestant having the maximum number of fan following will snatch the victory.

The top eight finalists who have paved their way to the final episode include Anoop Krishnan, Dimple Bhal, Maniukuttan, Sai Vishnu, Ramzan Muhammed, Rithu Manthra, Nobi, and Kidlam Firoz. They left the rest of the six contestants who entered the BB house with them behind and managed to reach this far in the show. One of these mentioned contestants will grab the opportunity and emerge out as the ultimate winner of the show and will also get an amazing cash prize. However, the show gives equal fame to all the participants as they get positive exposure which helps in building their fanbase.

Each finalist’s journey speaks volumes about their character and gameplay. Speaking of Rithu Manthra, she garnered the title of the most competitive female contestant of the show. Her sporty spirit highlighted her throughout the season. Seetha Kalyanam fame actor Anoop Krishnan also received a positive response from the viewers as his charm and performance was something that stood him out from the rest housemates. While Noby Macrose gained both positive and negative responses as his habit of withdrawing from the tasks and putting humor in basic things balanced his personality.

Noby gained the title of “chill pill” for his carefree nature and positive attitude. On another side, Ramzan impressed the viewers with his unmatched moves. The dancer actively participated in the tasks and marked his presence. Manikuttan has undoubtedly the highest fan base among the finalists as his personality of easily bonding with the inmates and strong opinions were appreciated by the viewers. Dimple Bhal and Firoz stayed in controversies for quite some time. This gained them a massive fan following as well. Sai Vishnu also entertained the viewers.

Apart from them, the wild card entries from time to time in the show also hooked the viewers to the edge of their seats. The season witnessed four wild card entrants including Sajina- Firoz Khan, Angel Thomas, Michelle Ann, and Remya Panicker who brought the twists and threats to the existing contestants. However, the game show has successfully completed its running days and now is some hours ago to announce its winner. The Grand Finale has been scheduled to take place on Asianet.

The viewers can turn on their television at 7 PM to witness the grand episode one last time. The finale will last three hours where special performances will take place by the contestants and the finalists. Mohanlal, the host will not leave any moment to build the suspense as the announcement will happen only in the end. As per the reports, Manikuttan will be declared the winner of Bigg Boss Malayalam Season 3.

Besides, Sai Vishnu will become the first runner up of BBM3. The second and third runner ups would be Dimple and Ramzan while Anoop will become the 4th runner up. With the declaration, the last episode of the Asianet show will get wrapped up and will leave the viewers to wait for another brand new season. Along with Asianet, the Grand Finale can be streamed on Disney+Hotstar as well.