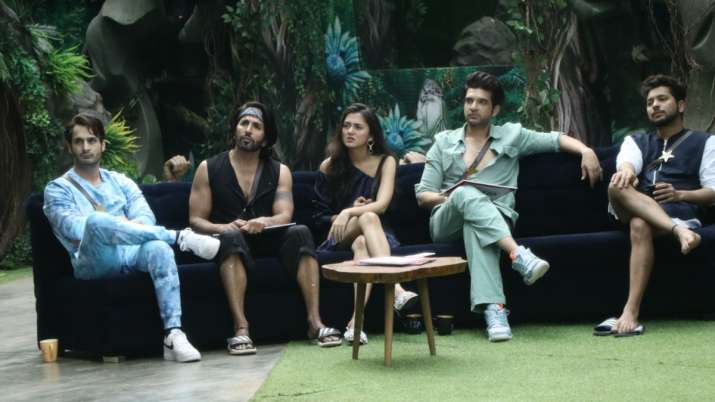 Hey peers, the quite contentious and sensational TV reality show Bigg Boss 15 has successfully completed 6 weeks, and managed the secure space on the top TRP rating list, because as soon as the days are passing several enthusiastic twists & turns are taking place, which is making the entire audience surprised. Something similar is going to happen through the 17th November 2021 episode, where you are going to become the witness of such shocking circumstances which you never supposed because Jail task is going on among the housemates. Due to this, the show is remaining the hot topic among admirers.

The upcoming episode is bringing a high voltage drama, because Bigg Boss has announced the task due to which, VIPs could lose their spot from the VIP zone task and non-VIP’s will get the chance to make their safe place in the VIP zone while replacing them. Ever since Bigg Boss makes an announcement VIP’s get tense because they do not want to lose the opportunity at all, because due to this they can make themselves safe from the nominations. But one the game has overturned properly by the Bigg Boss, which became the cause of their worries.

Later, you will watch the task where NON-VIPs have to collect the cotton in the box and who will collect more, that contestant will replace the VIPs no matter who will be there. But Karan Kundra does not like to replace anyone else hence, he throws Pratik’s basket and destroys the cotton as well. But Pratik says that whatever he has done was totally inappropriate enough, because it does not make any sense but whether he wants or not he will definitely enter the VIP zone for sure no matter what happens.

In the previous episode, the viewers have watched that ration task began among the housemates where they got only 2 minutes, to bring the essential things. When Neha Bhasin says that they should bring only flour, rice, vegetables, juice, and a few more things but they will have to keep in mind that only a few packs of milk will be appropriate for the entire week. Because they can compromise with tea but not with food, but Tejasswi does not agree with her decision and says that she needs more quantity of milk which became the cause of their big spat.