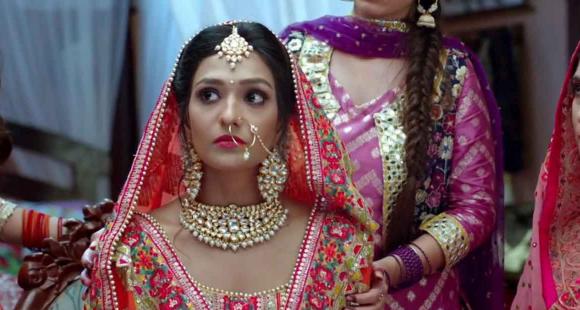 
The upcoming episode of Bhagya Lakshmi will begin where Lakshmi asks Rishi to drop at her residence and meanwhile, he invites her along with the entire family to his birthday party. Gradual Lakshmi also started liking Rishi because both are spending some quality time with each other. Lakshmi considers him as a nice guy and wants to meet him again as soon as possible, but Lakshmi’s aunt also making a conspiracy against her. Because she wants to make Rishi’s alliance with her daughter, Neha replies that she knows how to attract Rishi towards her through her beauty.

Another side, Lakshmi’s father praises Rishi by saying that he is a too sagacious guy who understands everything. But Lakshmi’s aunt wants him to marry Neha by hook or by crook because she is too greedy. At the same time, Rishi wonders that Lakshmi and his alliance have been made by God, therefore their thinking is the same. After a while, she wishes him a very happy birthday and spontaneously he asks her for his gift. But she did not bring that and says that she did not know about his choice, and Rishi asks her for dance and a romantic angle between the two.

Later, Rishi says that he should thank the waiter because of whom he got the chance to spend some quality time with Lakshmi. Rishi tells that she is alone with him, and therefore he comes close to her, because of which she gets trepidation. Hence, she takes a knife in her hand and wonders that if he does something wrong, so she will attack him through the sharp knife as defending. Then Rishi sits on his knee and kisses her hand and he proposes to Lakshmi in a too romantic way and asks will she marry him.

At the same time, Lakshmi gets shocked by thinking about what is going on because she is not understanding what to do. But when she gets her senses back she agrees to marry him without thinking anything, because everyone likes him in her family which seems quite fantabulous. Therefore she does not have any reason for denying making an alliance, Rishi and Lakshmi are knowing each other, which is amazing. Meanwhile, she thinks that due to her phobia she took him wrong, so she apologizes inwardly because he is a nice guy. So do not miss streaming it at the correct time and for more details stay connected with us.