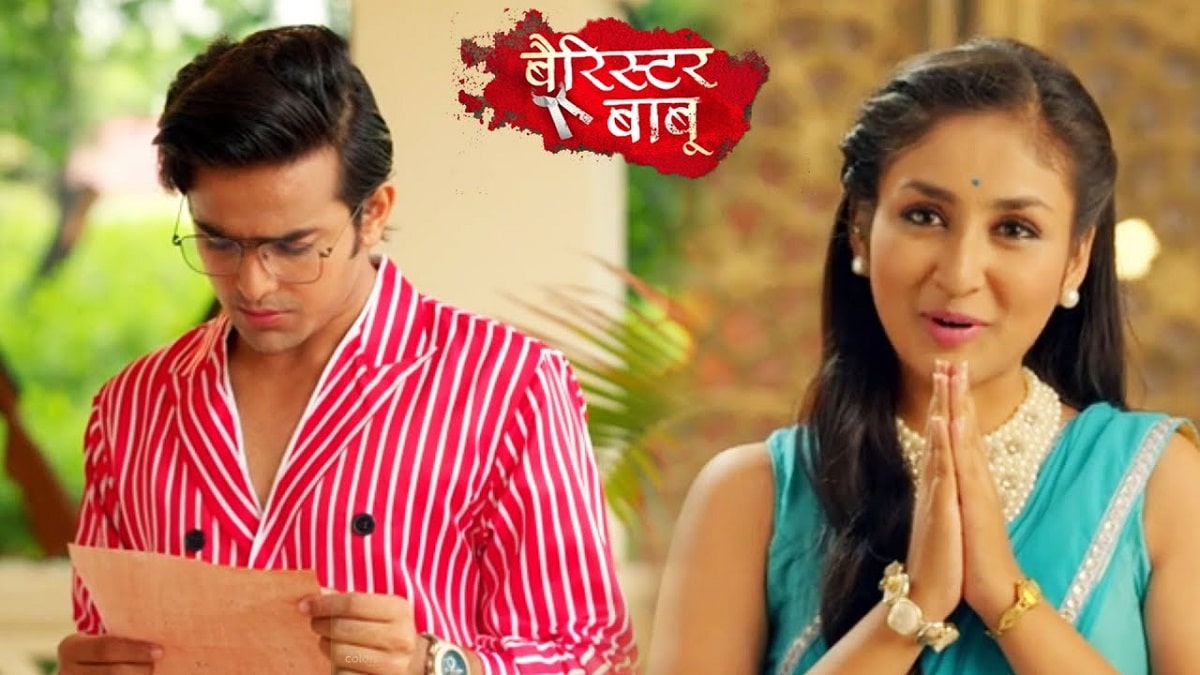 The 2nd November 2021 episode of Barrister Babu begins where Batuk urf Anirudh’s girlfriend Malika executes her conspiracy against him. So that, Bondita can make herself familiar with the truth and his exploits as well. Because whatever he is doing all are inappropriate enough, hence, she makes a call to Roy Chaudhary’s and informs that someone sent a parcel for Batuk so they should bring it as soon as possible. Meanwhile, Bondita wonders why someone sent it here despite knowing, that Batuk does not live with them. Then she informs Trilochan and Batuk urf Anirudh about the parcel and they got shocked to hear.

At the same time, Trilochan makes her understand that it’s also Batuk’s house so therefore someone sent the gift for him here and asks her that he will bring the parcel for sure. But Malika wants Bondita to take the parcel beside anyone else so that, Batuk could be exposed, but unfortunately her plan gets failed. Then she comes into Bondita’s and asks advises her that she should invite her mother here so that, she can help her in such works because she is pregnant and enough work is not beneficial for her as well.

After a while, Bondita writes a letter to her mother, and meanwhile, Malika asks her to drop it at the post office. She agrees with her and says that she will definitely go to post it, when she reaches the postmaster informs her that she can bring the Parcel of Batuk. But she does not carry her Identity card because of which, she does not get the parcel, extempore Batuk takes place in the different attire while carrying sunglasses, hat. Malika also sees everything while standing ahead of them and wonder that Batuk is so clever as he came personally to fetch his parcel.

Meanwhile, Bondita goes from there but she forgets to carry her bag hence she had to come again and as soon as Batuk urf Anirudh sees her. He rushes without taking the receipt from the postmaster, therefore the postmaster gives the receipt to Bondita by saying that Batuk forgets it. She gets shocked to hear because if Batuk has come here so why did he come into his house, what was the reason behind it and decides to figure out everything as soon as possible so that, everything could be clear as a mirror. Another side, when she reaches the house Batuk urf Anirudh starts rebuking her by saying that she should not have gone there.