Ahaan & Ishqi Get Into An Argument 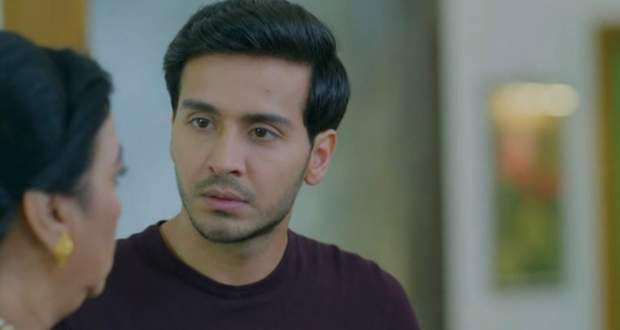 
The upcoming episode of Ishq Par Zor Nahin will begin where you will watch that Ritu lashes out at Dadi by saying that from the beginning she always does whatever she wants. Hence she executed her conspiracy against Ishqi and Ahaan and made them separated, and due to her Savitri stays away from her son. Because Dadi has done such things through which, Ahaan hates her mother and does not to see her face at any cost. But during all this, Dadi tries to stop Ritu by saying that now she is crossing her limits which is inappropriate enough.

Then Ritu says that a woman like her can not do anything without her advantage as she has done by breaking Ahaan’s family 20 years ago. Meanwhile, she makes her familiar with her reality that no matter what happens but she can not see someone happy. But bear Dadi is not able to bear all that and hence, she tries to slap Ritu but her husband holds her hand. Another side, Ahaan goes to meet Ishqi angrily and asks why she is doing all this, Ishqi replies she is doing all those things which he has done with her previously.

After a while, Ahaan makes her understand that whatever she is doing that is not appropriate enough, so she should stop it as soon as possible. Meanwhile, he says that he loved Ishqi who is ready to sacrifice everything for her family’s happiness. But now she has changed his mentality, meanwhile Ishqi interrupts him by mentioning it’s better that he remembers everything. After hearing this, Ahaan gets shocked because Ishwqi keeps on answering him without any ado. Because Ishqi unleashes her feelings that she has done many favors for his family but what she got back only hatred from his family.

In the previous episode, as we have watched that Ishqi goes to her Maasi’s house and reveals everything she has faced. Where Maasi consoles her by saying that whatever she has gone through that should not have happened at all. But Ishqi assures her that she knew very well that it was to happen one day, so there is no need to think more. Her Maasi assures her that now she is here so do not talk about Ahaan just be relax and live her life in a way she wants. So do not miss to watch it on Sony Television at 09:30 PM and for further details connect with us.