Trolls who gave the tag of ‘old’ to Kareena Kapoor Khan bowed their knees, watching the new video, said ‘Your body…’ 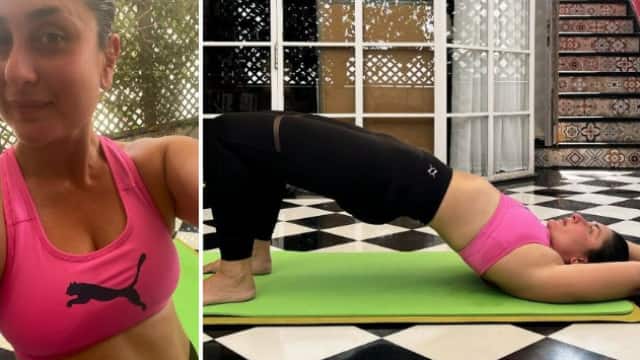 Kareena has shared a video on her Instagram account, in which she is doing Surya Namaskar in the open area of ​​the house. Sharing this video, Kareena Kapoor Khan has written, ‘108 Surya Namaskars have been done. Grateful, thankful and ready to eat my Pumpkin Pie tonight. After watching this motivational video of Kareena Kapoor, people are not tired of praising her. A user has commented on this video, ‘Well you are not a favorite but hi mar java… what a body.’ At the same time, another user has written, ‘We keep getting motivation from you all the time.’

Kareena will be seen in this film

Talking about the workfront, Kareena Kapoor Khan is going to be seen in the film Lal Singh Chaddha. In this film, Kareena will be seen opposite Bollywood actor Aamir Khan. The film will hit the theaters on 14 April 2022. Naga Chaitanya and Mona Singh will be seen playing important roles in this film.

Share
Facebook
Twitter
WhatsApp
Previous articleBigg Boss 15: After Jai Bhanushali, these 2 contestants were out of the show, people celebrated on Twitter
Next articleBigg Boss 15: Rakhi Sawant’s husband Ritesh is a strong entertainer, a glimpse of the promo
RELATED ARTICLES
Entertainment