This video went viral after the rumors of Katrina and Vicky’s engagement, people said – the relationship is approved… 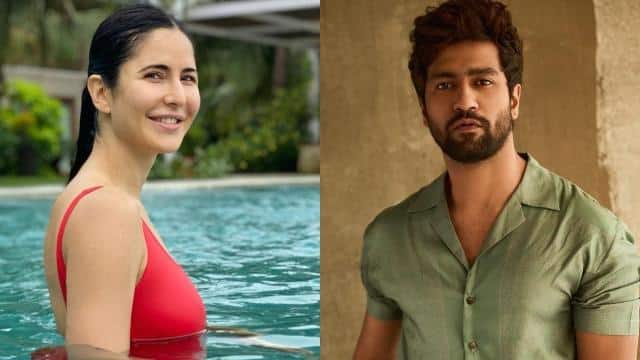 Recently, many speculations are being made about the relationship between two Bollywood superstars Vicky Kaushal and Katrina Kaif in the fans as well as in the media reports. Meanwhile, there were rumors that both of them got engaged. However, Katrina’s team later rubbished all these rumours. At the same time, now an old video of Katrina and Vicky is going viral. Fans’ reactions are being received in this video. Commenting on the video, many people have even said that Kat-Vicky are seen falling in love with each other.

This video is from a chat show shot by Kat and Vicky in 2019, named ‘Tape Cast’. In this video, both are seen saying that ‘Who knew that when we both meet for the first time it will be on camera, that too recorded’. In this video, both of them were seen talking openly about themselves, about family and about their career. Seeing this video, many people felt that the chemistry of Katrina and Vicky Kaushal is superb and both have known each other for a long time.

After watching this video, many fans have compared it with the conversation of arranged marriage. After watching this video, many people wrote in the comment- ‘We have a relationship approved’. Apart from this, many people wrote advising that they should get married. Looking at the reactions of both of them on this interview, then the fans want Vicky and Kat to get married.