Tara Sutaria had rejected ‘Kabir Singh’ because of this, today I feel sorry 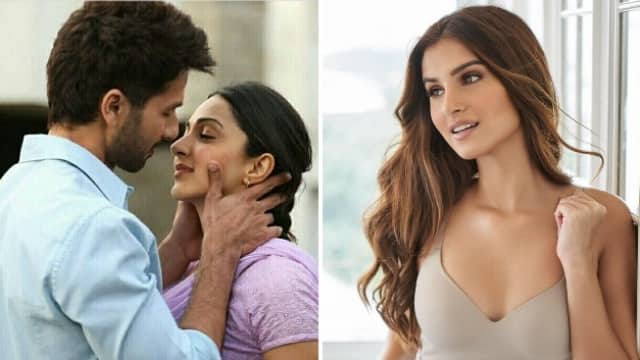 Millions of fans sprinkle their lives on Bollywood actress Tara Sutaria. Today the actress is celebrating her 26th birthday. From her debut film Student of the Year, Tara had made a special place in the hearts of people with her acting skills and became a favorite of people in a short time. At this time Tara wants to play more than one best role on screen but very few people know that she turned down the offer of Shahid Kapoor’s blockbuster film Kabir Singh.

The film was rejected because of this

Tara Sutaria had revealed during an interview that she was offered the role of Kiara Advani in Kabir Singh, but at that time she was shooting for Student Of The Year 2. During this time he had also signed Marjawan and even though he did not want to, he had to turn down the role of Kabir Singh.

Tara will get married soon

These days Tara Sutaria is in the headlines due to her personal life. There are reports that soon Tara is going to marry her boyfriend Aadar Jain. Aadar is the cousin of Bollywood actor Ranbir Kapoor. According to media reports, Aadar and Tara will get married before Ranbir Kapoor-Alia Bhatt. At this time, the family of Tara and Aadar is busy in the preparations for their wedding.

Tara will be seen in these films

Share
Facebook
Twitter
WhatsApp
Previous articleThe guests who came to the wedding of Katrina Kaif and Vicky Kaushal will be taken care of, these arrangements are being made
Next articleAnupama Spoiler Alert: Kavya and Vanraj will fight, Anupama will be the reason
RELATED ARTICLES
Entertainment