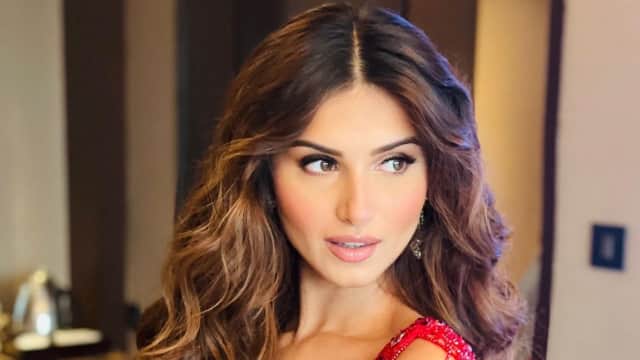 Tara Sutaria is one of the bold actresses of Bollywood. She often shares her glamorous pictures on her social media pages. Currently, he is busy promoting his upcoming film Tadap. Ahan Shetty is in the lead role with him in the film. Now her new look has come out during the promotion in which she is seen raising the mercury of the internet. Fans are commenting a lot on these pictures of Tara.

Sharing the pictures, Tara wrote that – ‘Yesterday, #TadapDay6’. On this occasion, Tara wore a white bralette and wore black trousers. He has put on oversized glasses. It is worn with gold earrings and gold bracelet. Tara is posing in different styles in a bold dress.

A fan wrote on these pictures of her – ‘Princess Tara’. Another wrote- ‘Raised the temperature’. One user writes, ‘Tara’s intention is to kill me’.

Highlights about the film

Let us tell you that Sunil Shetty’s son Ahan Shetty is going to debut in Bollywood with the film ‘Tadap’. The film will hit the theaters on December 3, 2021. The film is directed by Milan Luthria. The film has been made under the production of Sajid Nadiadwala.