Sushmita Sen was seen with anger in her eyes and gulal on her face, the actress said by sharing the teaser – lioness is back 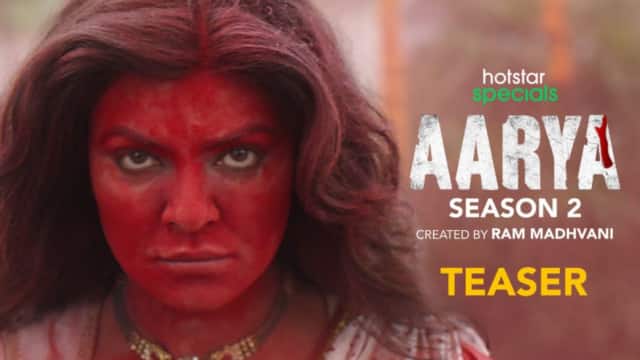 Sushmita Sen made a strong comeback last year with the web series ‘Arya’. The series was a hit and since then Sushmita’s fans were very curious about its second season. However, now Sushmita Sen has surprised her fans by sharing her look from the second season of ‘Arya’.

While sharing the first teaser of ‘Arya-2′ from her social handle, Sushmita called herself a lioness. She writes in the caption – First look, literally #AARYA2 lioness is back.. more dangerous than ever… are you all ready for Arya?’.

Talking about Sushmita Sen’s look in the teaser, you can see that Sushmita Sen is seen coming towards the camera wearing a white sari with a red border from the middle of the flying color. The red gulal on his face, red eyes with anger and his open hair are proving that Arya has indeed become more dangerous than before.

Sushmita and Chandrachud Singh returned from this series

Let us tell you that Sushmita Sen’s crime drama web series ‘Aarya’ has been nominated as the Best Drama Show at the Emmy Awards, which is considered internationally prestigious in the world of TV and digital platforms. However, the most important thing about this web series has been that apart from Sushmita, Chandrachud Singh also returned to Bollywood in this series. Apart from these two, many stars including Sikandar Kher, Namit Das, Sugandha Garg and Vishwajit Pradhan were seen.