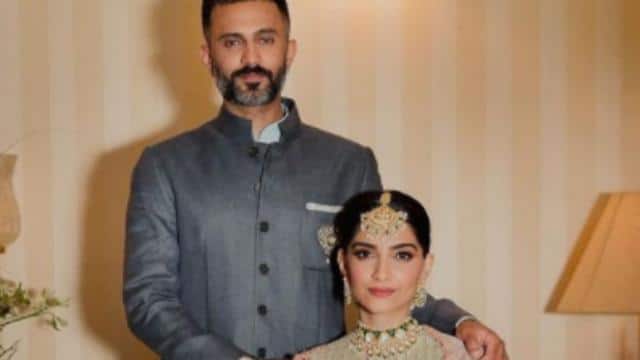 Anil Kapoor’s younger daughter Riya has tied the knot. The pictures of their wedding ceremony are doing the rounds on social media. Recently his sister Sonam Kapoor has shared some unseen photos. In one of these pictures, Sonam is looking very emotional. In the photo, Sonam is also accompanied by her husband Anand Ahuja.

Sonam looked emotional in the photo

Sonam Kapoor has posted many pictures after her sister Rhea’s wedding. One of these pictures is grabbing people’s attention. Sonam is looking very emotional in this photo. Recently he has posted 4 pictures. Among them is Sonam with her husband Anand Ahuja. In the picture number four, Sonam Anand is sitting next to her mother Sunita. Anand is standing behind them. Sonam is looking very emotional in the photo.

Family has known Karan for a long time

Sonam Kapoor was married with much fanfare, while Riya married a lot. Only close people attended his marriage. Riya’s husband Karan Boolani has been with her for nearly 12 years. Sonam shared a photo with Karan and wrote, You were always like family. Your friendship is more important than the title of my brother-in-law. But I’m so glad it’s you. Love you Karan Boolani.

Share
Facebook
Twitter
WhatsApp
Previous articleGood news for the fans of Shahrukh Khan, the news of Suhana’s debut has come
Next articleKareena Kapoor’s son ‘Jeh’ is a part of a song in Aamir Khan’s ‘Lal Singh Chaddha’, tells the difficulties of the shoot
RELATED ARTICLES
Entertainment